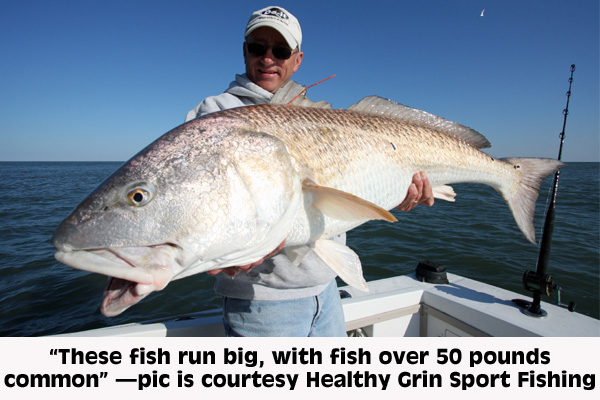 The public will have until today, Tuesday, January 14, to submit final comments to the Department of the Environment (DoE) on a proposed red drum fish farm in Belize, after which the DoE will compile all public feedback for submission to the National Environmental Appraisal Committee (NEAC) for consideration of the proposed project.

A public consultation was held at the Biltmore Plaza Hotel on Thursday, January 9, 2014, to discuss the Environmental Impact Assessment (EIA) of the marine cage farming of red drum (Sciaenops ocellatus), also known as “redfish,” by Blue Water International, just a few miles offshore of Belize City.

It said that the red drum—which can grow to 5-6 feet long and weigh as much as 50 pounds—is not a local specie, but belongs to the same family as grunts, which are caught locally. They are found from Cape Cod to Tuxpan, Veracruz, Mexico.

Trials in red drum farming in Belize date back possibly to the 1990s. During 2012 and 2013, Blue Water International – Belize Ltd. (BWIB), a subsidiary of Blue Water International – USA, LLC, ran a pilot project in Belize. The developer notes in its EIA that it had concluded a pilot grow-out project in Belize, in preparing for the commercial grow-out facility for the production of red drum in Belize. The American company is already promoting its Belize project online: http://www.bwi-usa.com.

BWIB said that at the end of the pilot project (2012-2013), the results indicated that redfish fingerlings could grow to market size in 11-12 months in the warm tropical waters of Belize.

It added that, “These growth cycles are achieved in half the time it normally takes redfish to grow to market size in the U.S. onshore farming operations.”

Among those who spoke at the EIA consultation last Thursday were the DoE’s EIA Unit Leader and forum moderator – Jorge Franco; Blue Water International – Belize (BWIB) Chief Executive Officer (CEO) – A. Jim Watson; lead consultant from Belize Environmental Technologies Ltd (BETL) – Ismael Fabro; some NEAC members; and retired oilman and scuba diving instructor – F. Gordon Kirkwood, who shared with us some photos and his report of the consultation.

While Fisheries officials concede that the red drum may escape from their cages, we were told that they don’t anticipate the kind of problems being experienced due to the lionfish invasion.

Rigoberto Quintana, Fisheries Officer in charge of marine aquaculture, told us that they will look at the potential negative impacts. He noted, though, that the red drum is endemic to the wider Caribbean, up to Florida and the Gulf of Mexico.

In detailing its location, it explained that “the proposed site is located within a study area of about 100 acres and is approximately 6.5 miles east from Belize City, 4.75 miles south south-east of Stake Bank Caye, and 0.21 miles south of the south east corner of the Swallow Caye Wildlife Sanctuary. It is adjacent to the lower western side of the Drowned Cayes.”

In their presentation on the Red Drum Marine Cage Farm Project and the EIA, the BWIB and BETL reps, which prepared the EIA, highlighted the following: They said that over 50% of the world’s seafood is farmed, and Belize was chosen as a good place to make this investment due to (1) the right environment it provides, (2) its welcoming nature, (3) workers’ opportunities, and (4) possible community benefits.

The presenters also spoke on the main concerns surrounding such operations: (i) discharge of untreated waste (mitigated by effective waste treatment), (ii) mass escapes (mitigated by containment design and operational practices), (iii) disease & parasites (mitigated by use of the well-understood, robust red drum species and good practices, like allowing a fallow period for the cages), (iv) use of toxic chemicals (mitigated by good modern practices — limiting chemicals used and how they are applied. They indicated that both the US and the Belize Agricultural health Authority (BAHA) have stringent requirements which will be fully met.)

It was noted that the plan was to introduce a semi-exotic species, which comes with the risk of escape from confinement, causing an invasion into the natural environment. They said that in the unlikely event of fish escaping, the red drum’s natural schooling behavior will make them easier to catch.

Concerns have also been expressed over the killing of crocodiles, which have protected status under Belize’s Wildlife Protection Act, because they may be attacked if they enter the fish farm.

Kirkwood said that Scotland has a lot of fish farms too and seals are significant predators, but they are kept away from the cages using acoustic devices. He asked BWIB what their plans are for dealing with predators, especially crocodiles.

Asked by a member of the public whether they will be selling any of the fish locally, Eager said that they will be growing the fish to a marketable weight of 3 pounds to supply “high-end white table cloth” restaurants in the USA, and smaller fish that don’t meet the criteria for export would be sold locally to generate funds for the Swallow Caye Wildlife Santuary and other social purposes.

Whereas the plan is to initially import fingerlings for the farm, they may eventually open an onshore hatchery in Belize, the project rep said.

Mike Heusner of the Belize Tourism Industry Association asked whether he could take sport fishers to the facility, and Eager said, “Yes.”

“Red drums are a good sport fish! We plan to have a catch and release pen for sport fishing with fish of up to 5 to 6 pounds. Proceeds from this activity would go to Friends of Swallow Caye Wildlife Sanctuary,” he said.

He added that they are looking to identify an urban pond into which they can release fish for children’s fishing, Eager said.

Asked what percentage of the profits will be reinvested in Belize, the project reps said that they would be sponsoring two scholarships in fisheries management at a US university, as a one-off offer, which may be extended later.