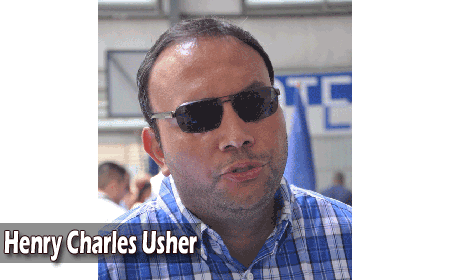 BELIZE CITY, Sat. May 7, 2016–The government’s so-called “stand-off at the Sarstoon River” between Belize and Guatemala, which prompted Prime Minister Dean Barrow to hastily pass into law a controversial Statutory Instrument, # 46 of 2016, last Friday, April 29, banning Belizean civilians from traveling to the Sarstoon River for one month until a protocol with Guatemala is agreed to, was met with a direct challenge today from the Opposition People’s United Party (PUP).

The PUP, which had characterized the measure as “unconstitutional” and had announced a Supreme Court challenge on Tuesday, May 3, after a meeting of its National Executive, went one step further today when at a National Party Council meeting it issued an ultimatum, through a resolution which received a unanimous “yes” vote, calling on Government to rescind the SI now, otherwise the PUP would defy the new law and go to the now “off limits” Sarstoon River.

The new law, naturally, does not affect Guatemalans, who illegally fish with impunity in southern Belizean waters, right in front of the Belizean armed forces stationed in Punta Gorda.

Last Thursday, May 5, Prime Minister Dean Barrow called for the return of the PUP to the bilateral talks that the government has been holding with representatives of the Guatemalan government.

The PUP, however, are of the view that the government’s excuse for excluding them from the tripartite meetings in Washington DC between Belize, the Republic of Guatemala, the Organization of American States and a representative of the US State Department is a flimsy excuse.

At his press conference, Barrow also made public a statement that the OAS issued in its press release following the first round of meetings in Washington, at which both parties, Belize and Guatemala, reportedly agreed to further negotiations to arrive at a settlement to reduce the tension.

There has been a precipitous rise in tension between Belize and Guatemala after a shooting incident on April 21, in which a Guatemalan minor, Julio Alvarado Ruano, 13, lost his life in the Chiquibul National Park on the Belize side of the adjacency zone.

The teenager died after the group he was in opened fire on a Belize Defence Force patrol at Cebada at night, where they were illegally farming inside Belize. Guatemala not only announced an increase of its military presence on the borders, but has been conducting a public relations offensive against Belize over the incident, no doubt using the incident, about which they did not have the facts, to try to justify its increased belligerence and its military annexation of the Belize side of the Sarstoon River.

Usher explained that the resolution has six facets to it.

He stated, “First of all, we condemn the Guatemalan escalation of troops at the border and we require that the Guatemalans de-escalate that immediately.

“Two, we demand that the Government of Belize rescind the unconstitutional Sarstoon Law immediately.

“Three, we have gotten the approval of the National Party Council to re-engage with the government when it comes to the national effort, but it has to be done on an item of respect, terms of respect, one, the requirement that the law be rescinded.

“Four, that if the law is not rescinded, the People’s United Party National Party Council has resolved to travel to the Sarstoon.

“And finally, the amendment made this morning was that the area representatives of the People’s United Party be respected in their various constituencies and that this system of caretakers is abolished immediately.”

The caretaker system is when the government gives their candidates money to disburse in a constituency they lost, instead of giving the money to the elected Opposition representatives.

Usher was asked if there is a timeframe for the ultimatum given to the government.

“We are asking that the government rescind the law immediately,” Usher replied.

“There are two ways we are challenging the law,” Usher explained, “We are taking out a legal challenge to the law in the court and also, we will be traveling to the Sarstoon to state our position very clearly that the law is unconstitutional.”

Usher added that the move to the Sarstoon will be done after consultation and after all the logistics have been worked out.

“But it will be done within the 30-day time frame that has been set,” Usher emphasized.

The PUP Chairman was asked by Channel 7’s Jules Vasquez whether they had “taken into consideration what the Prime Minister has said about it being a difficult time with negotiations with Guatemala.”

Usher replied by asking why the law was needed at all, if what the government had told the public was indeed the case — that the escalation had ceased and the threat had eased.

“Why do you have to have a law restricting Belizeans, that punishes Belizeans from traveling to a part of our country? We believe that the law is not only unconstitutional; it is unwarranted and it is unnecessary in light of the negotiations happening,” Usher further commented.

Usher stressed that as a National Party Council, the PUP believes that Belizeans have a right to travel to that part of Belize.

Usher stressed that the Government had meetings with CARICOM and they had meetings in Washington, and that the Guatemalan issue is a national issue, but the government gave very flimsy excuses for not inviting the Opposition.

“If you want meaningful partnership, then you have to treat us with respect and you have to listen to what we are saying as well,” he said.

Usher believes that once all the maritime requirements are met, there are boats and captains that will take the PUP to the Sarstoon.