S&P knocks Belize with another downgrade 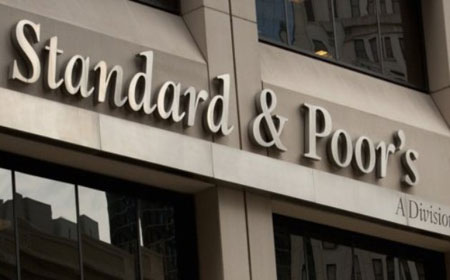 S&P said, “Belize’s government has initiated discussions with holders of the sovereign’s U.S. dollar bonds due in 2038 amid worsening external, financial, and economic conditions. We believe these discussions are likely to lead to a rescheduling of these bonds within the next six months. As a result, we are lowering our long-term foreign and local currency sovereign credit ratings on Belize to ‘CC’ from ‘CCC+’.” S&P also signaled a high chance of non-payment.

It said that the negative outlook “reflects the high likelihood that we will lower our long-term ratings to selective default (‘SD’) following a distressed exchange or nonpayment of Belize’s commercial debt service.”

The Government is hoping to renegotiate the super bond before the next payment is due next February. The interest rate on the debt also increases by nearly two percentage points next August, and under the current arrangement, amortization is due to commence in 2019.

“The rating action follows the announcement by Belize’s government in November 2016 that it intends to commence discussions with holders of [Belize’s] US$526.5 million bonds due in 2038 (the “2038 Bonds”) about, in its words, ‘measures necessary to place the 2038 Bonds on a fully sustainable basis,’” S&P added.

It further stated, in reference to the country’s present situation, “…financing conditions are tight, and this, in our view, may affect its willingness and ability to pay these coupons in a timely manner.”

On the upside, S&P said that, “…the ratings could stabilize following an unforeseen change in the government’s fiscal strategy.”

When it announced plans to renegotiate the terms of the super bond on November 9, the Government said that it has been facing multiple challenges, including “…low growth, rising fiscal deficits, a deteriorating balance of payments position, and declining sovereign debt indicators. Belize’s challenges have been exacerbated by slow global growth, U.S. dollar strength, Hurricane Earl, a substantial decline in key commodity production and prices, and the higher than anticipated arbitration awards.”

The arbitration award for the 2009 nationalization of Belize Telemedia Limited plus interest is comparable to almost half the value of the super bond, which dates back to 2002/2003.