SSB to the rescue! 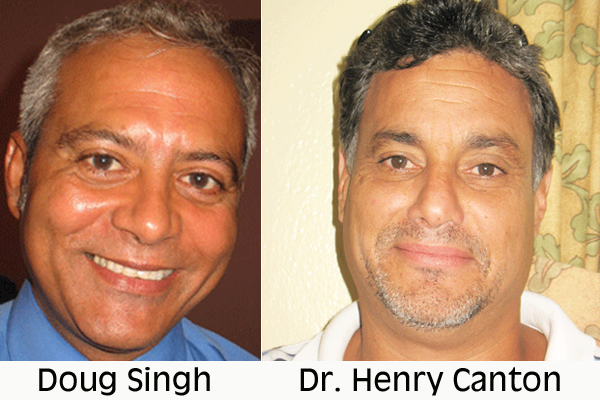 $24.1 mil of taxpayers’ money to be pumped into citrus industry; Barrow threatens “receivership” of CPBL if Banks Holdings is not “on board”

Prime Minister and Minister of Finance Dean Barrow today announced that the Belize Social Security Board (SSB) would inject a total of BZ$24.1 million into the beleaguered citrus industry—which reported BZ$50 million in losses in 2013—as a part of a Government proposal to break what Barrow described as “a fierce, intractable deadlock.”

That deadlock between foreign investor Banks Holdings of Barbados and the Citrus Growers Association of Belize (CGA) has meant financial pain for citrus growers, who are owed roughly BZ$3 million in overdue payments – funds they have not been able to receive, because local bankers have frozen the accounts of Citrus Products of Belize Limited (CPBL), the processing plant which buys fruit from growers.

The proposal unveiled today will see a major shift in the power structure of the industry, with the two main stakeholders—at loggerheads for several years now—making way for the Government to not just intervene, but to grab a 10% stake in the industry via a debt-for-shares swap.

This latest development comes after years of Government trying to broker a truce between the parties. Growers are now optimistic that their funds will be freed up—but there is no commitment yet on when they will actually be paid.

Last month, our newspaper reported that CPBL has been unable to draw down on its bank accounts, because directors of Banks Holdings and directors of CGA could not agree on who would audit CPBL’s books.

CPBL’s two bankers are Heritage Bank, which will get one seat on the reconstituted CPBL board, and First Caribbean International Bank (FCIB), which will not get a seat on CPBL’s board, since its loan to CPBL will be bought out by SSB.

“I’ve spoken not only to Mr. Glenn Smith, who is the country manager of FCIB, but to the principals of Banks Holdings Ltd. The proposal is that FCIB would advance within the limits of their overall facility of CPBL, the immediate working capital necessary to get us out of the pickle that we’re in, in terms of being able to pay for fruit. Ultimately, the Social Security Board, initially Government, is proposing to buy out the loan that FCIB has with CPBL,” Barrow detailed.

Barrow said that SSB would take that loan and permanently step into the shoes of FCIB as CPBL’s banker.

Doug Singh, SSB chairman, told Amandala that the SSB would provide a US$7.5 million (BZ$15 million) financing facility to CPBL, which would enable the company to square off its US$5.5 million debt with FCIB, and provide US$2 million in working capital to prop up the working capital CPBL would receive from Heritage Bank.

Singh said that the SSB could not lend CGA another US$21 million to buy out Banks Holdings, because there would have been no guarantee to prop up the debt.

Furthermore, the CGA currently owes the SSB BZ$9.1 million for two loan facilities, and SSB would get 10% of CGA’s shares in lieu of the outstanding debt.

The impending changes also include the downsizing of CPBL’s board from 9 to 7. Banks would hold 2 seats and CGA 2 seats; SSB would get 1 seat, Heritage Bank 1 seat, and the Government 1 seat. Currently, the board consists of 5 CGA directors and 4 Banks directors – but Banks’ veto powers have meant that for any business to move forward, both Banks and CGA would need to be on the same page – which has rarely been the case.

Barrow said today that the solution on the table is an excellent proposition, primarily because the SSB loan will be serviced at a better rate of return to the SSB.

Barrow indicated that he will be meeting with Tony King, Banks Holdings chairman, at 2:00 p.m. today (before flying to the US to accompany his wife for medical treatment), to further the citrus proposals – but he signaled that Banks is already on-board.

In the event that relations descend again into a state of impasse, Barrow said that under the new agreement, SSB would have the power to step in and appoint a receiver over CPBL.

Of note is that citrus growers recently passed a resolution to repurchase Banks’ 47% shareholding for over US$20 million dollars. They had asked the Government to finance the repurchase, but Barrow said that it was not a proposal that Government could countenance.

Executives of the two rival groups of citrus growers, CGA and Belize Citrus Mutual, met with Prime Minister Barrow on two separate occasions, February 6 and 14, to map out a way to resolve their short- term cash problems, and more importantly the more complex challenges facing the sector.

As for the growers – who are facing dire financial constraints due to the late payments – they are being asked to hold on a little longer. Barrow said that they will have to wait until the issues are resolved before their outstanding monies can be paid.

Meanwhile, there are questions over the fate of CPBL’s CEO, Dr. Henry Canton, who CGA had voted to have removed from that post. No definitive answer was provided today over how long Canton will remain in that position, except that the Prime Minister had remarked on a “fresh start” for the industry.

This break in the impasse has to be seen as a ray of light in a full-blown crisis, especially considering the fact that citrus earnings have been below optimal for what is not just one of Belize’s most important agro-industries – but also a major foreign exchange earner for the country.