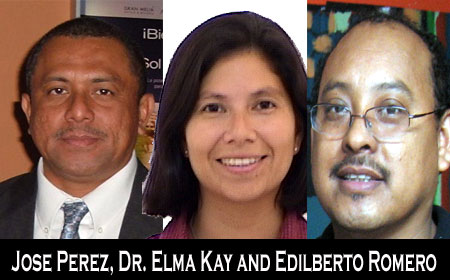 BELIZE CITY, Wed. July 15, 2015–The National Parks Systems Act, in place since Independence more than three decades ago, will be repealed and replaced with a new National Protected Areas Systems law, which was introduced in Parliament last month.

On Monday, July 13, the Natural Resources and Environment Committee, headed by Attorney General Wilfred Elrington, met at the National Assembly in Belmopan to receive input from stakeholders on the proposed legislation, as well as proposed amendments to the Protected Areas Conservation Trust (PACT) Act.

Jose Perez, APAMO’s executive director, told Amandala that they are very grateful that the Committee has agreed to schedule a second committee meeting to hear their concerns on the legislation, because there are inconsistencies which need to be ironed out.

As for the PACT bill, APAMO is concerned about the proposed change in the composition of the board, which will have more directors from the Government. The chair, currently elected from among sitting members of the board, would be appointed by the Minister responsible for protected areas while the financial expert on the board will be a ministerial appointee rather than someone appointed by the board.

Perez said that the changes would affect the governance and autonomy of PACT, which has been a strong feature that has allowed the statutory body to attract donor funding. He said that the proposed changes, with respect to the governance of PACT, are “most detrimental” and would make PACT less attractive to donor agencies.

According to Perez, they are preparing written documentation to submit to the committee, which, they are told, would deliberate and subsequently decide on any refinements to the proposed legislation.

As for the National Protected Areas System legislation, Perez said that there are so many things that need to be put in place to ensure an enabling environment in which the needed reform could occur. He said that a National Protected Areas Commission was to be established to play the coordinating and administrative role for the system, but PACT’s role is being changed from that of a trust fund to one of an implementing and coordinating agency.

Edilberto Romero, Executive Director of Programme for Belize, said that they are also concerned about the new composition of the PACT board, which will have more ministerial appointees and three less seats for the NGO community. One of those seats would be given to the University of Belize.

According to Romero, the change in chairmanship, with the chair to now be appointed by the minister rather than drawn from the pool of persons on the board via election, is also significant, since the chair has a casting vote.

He also pointed to changes in the functions of PACT, expanding its function beyond a financial mechanism for protected areas to include management and coordination – a mechanism which he said should instead be enshrined within the proposed National Protected Areas System Act rather than the PACT legislation.

As the proposed legislation for the protected areas system now stands, said Romero, there is no body proposed within that regime that would be responsible for protected areas, although the legislation does call for an advisory council, which would also be government-controlled.

Romero also expressed concerns about provisions for the de-reservation of protected areas. He said that while the current government policy is for a technical assessment to be carried out before any such de-reservation is considered, the proposed legislation merely calls for consultation and it does not set out the mechanism or framework for the consultation.

He told us that the NGO community saw an incomplete draft of the legislation back in 2011, but things were in abeyance for the past four years, until the legislation was ready for presentation to Parliament at the end of June. That gave them a few weeks to review the documentation before Monday’s committee meeting.

Dr. Elma Kay, Terrestrial Science Director of the University of Belize’s Environmental Research Institute (ERI), made a presentation on behalf of 7 entities, including Ya’axché Conservation Trust, the Toledo Institute for Development and the Environment, Wildtracks, and the Corozal Sustainability Future Initiative, as well as individuals who have banded together to campaign for incentives for private landowners whose properties could be used to establish private protected areas or could form part of critical biological corridors, as part of the regime to protect the country’s natural assets.

Kay said that the legislation needs to allow for a framework for the negotiation of incentives for landowners. She said that they would like to be able to show persons who may be interested in placing private lands under special protected status what options are available to them.

She said that there are some key pieces of private lands that do provide connectivity and are important in safeguarding the productivity for the protected areas system, but it is hard to bring them to the table if there is nothing to offer them.