Student, 20, remanded for sex with minor 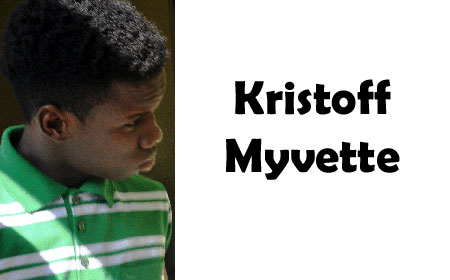 BELIZE CITY, Tues. Dec. 15, 2015–A 20-year-old student of ITVET will have to come up with an attorney’s fee to file a Supreme Court bail application if he wants to spend Christmas with his family, since he was remanded to the Belize Central Prison on an allegation that he had unlawful sexual intercourse with a minor.

Kristoff Myvett appeared along with his attorney, Tricia Pitts-Anderson, before Senior Magistrate Sharon Fraser for arraignment on one count of unlawful sexual intercourse with a girl over 14 years old, but under the consent age of 16-years-old.

Police are alleging that Myvett engaged in the act of unlawful sexual intercourse on September 28, 2015, with a minor who is 14 years and 9 months old.

Magistrate Fraser explained to him that the matter is an indictable one; therefore, she would not take a plea from him because his case will be heard in the Supreme Court if a preliminary inquiry at the Magistrate’s Court determines that there is sufficient evident to send his case to the higher court.

“I cannot offer you bail until after three months, but your counsel will know what to do,” Magistrate Fraser told Myvett before she remanded him to prison until his next court date on January 27, 2016.