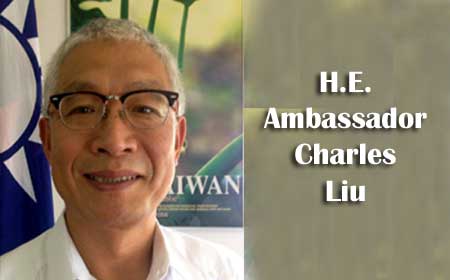 BELIZE CITY, Thurs. Aug. 10, 2017–Official sources from Taiwan are refuting reports which appeared at the end of July in the Guatemalan press (see links at the end of this article) saying that Guatemala’s president Jimmy Morales had announced that Taiwan would be assisting the country with a US$600 million funding package—US$250 mil to be donated, and US$350 mil to be loaned at 1.25% for 30 years—for a 4-lane highway project leading to the Atlantic.

Speaking with Amandala today, Taiwan’s Ambassador to Belize, H.E. Ambassador Charles K. Y. Liu, said that the funding remains still a proposal, but he went further to say that Taiwan cannot afford to provide so much money.

He told us that it is still a “pie-in-sky” request: “You can watch it, but you cannot eat it!”

In a prior interview with the media, Liu had said that he was shocked to hear the news, previously reported by other segments of the Belizean media. He said that he subsequently queried Taiwan’s Ministry of Foreign Affairs (MOFA) and was told that the package had not actually been approved.

We asked Liu if any other diplomatic, ally of Taiwan had gotten such a sizeable package from Taiwan before—our search via the Internet could not find any reference of any other country receiving so much funding—and he indicated that he is not aware of any that had.

A news report appearing today in Focus Taiwan, that country’s national news agency, said that they had been advised by their MOFA that Taiwan is still evaluating a request by Guatemala for further assistance on a major highway project and has not made any commitments on the matter. The report went on to reveal that Taiwan had financed previous phases of the project, but it did say how much the financing to Guatemala was. 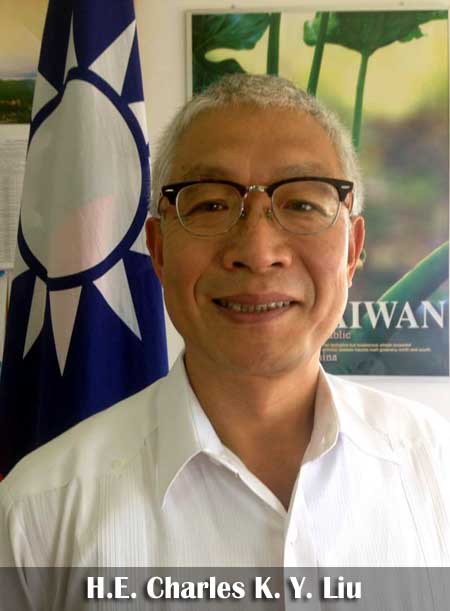 “The official, who spoke on condition of anonymity, said the first three phases of the Jacob Arbenz highway project (CA-9 Norte) were carried out with engineering and financial assistance from Taiwan, and Guatemala is hoping that Taiwan will continue to help with the fourth phase of the construction,” the news report said.

The MOFA official further revealed that Guatemala had requested other monetary aid from Taiwan, but said it was turned down because Taiwan’s MOFA is operating on a tight annual budget of NT$24.4 billion (US$805.04 million).

Ambassador Liu said that Guatemala’s request is about two-thirds of his ministry’s annual budget and it, is impossible, in his view, for Taiwan to say yes to such a bid because their financial situation is “very tight.”

Focus Taiwan referenced the report which Amandala carried in its mid-week edition, but did not cite earlier reports carried in the Belizean press on the same matter.

Ambassador Liu said, though, that Taiwan’s US$60 million funding agreement with Belize (US$20 mil in grants and US$40 mil in financing) is sealed and has gotten the requisite approval and would be ready for Belize to access for projects, as signaled under its bilateral cooperation agreement.

“Asked about the possibility of Belize switching diplomatic allegiance to Beijing, Andrew Lee, a new MOFA spokesman, said the channel of communication between Taiwan and Belize remains smooth and bilateral cooperation projects are proceeding as usual. Guatemala and Belize in Central America are two of Taiwan’s 20 diplomatic allies,” reported Focus Taiwan.

We also asked Ambassador Liu what Taiwan’s position is on the Belize-Guatemala territorial differendum. Although he indicated that Taiwan, as a state with diplomatic relations with both countries, would not take sides but wants things to be resolved peacefully, possibly through a third party, he did state that as Taiwan’s Ambassador for Belize, he is on Belize’s side.