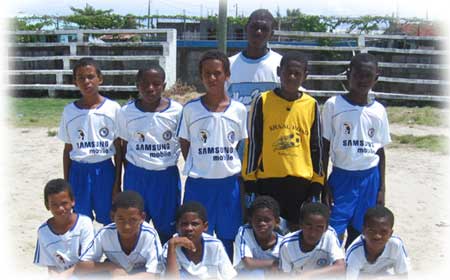 BELIZE CITY, Wed. Oct. 18, 2017–It seems like every week, every few days that the news media screams of another shooting, another murder, another family’s cries and tears in the Jane Usher Boulevard area of Southside Belize City.

Sports is one of the avenues of hope in the growing-up years of our young men, but many still fall “between the cracks” of life, for lack of opportunities or guidance in the impoverished neighborhoods, where turf wars in the marijuana trade continues to reap bitter harvests of blood, gun violence being the only regulating force in the competitive but still illegal business. 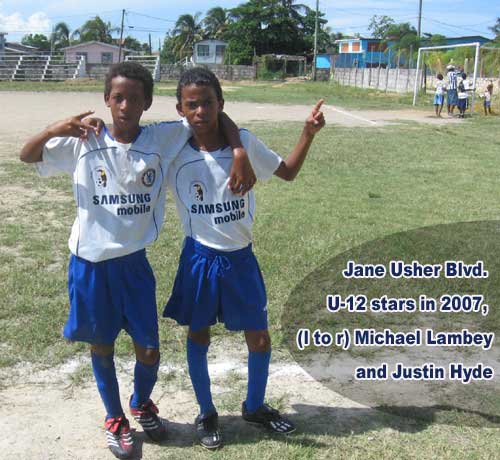 In the young pre-teen years, there is a life with hope for the future of growing children. One of the young men in the above picture, Justin Hyde, ten years after the picture was taken, was a 22 year-old victim of gun violence last week.

The teenaged coach of the Jane Usher Blvd. team above was then National U-20 player Tyrone Linares, now rapping/music star “T.Y.” The other U-12 youths in the picture, where are they now? 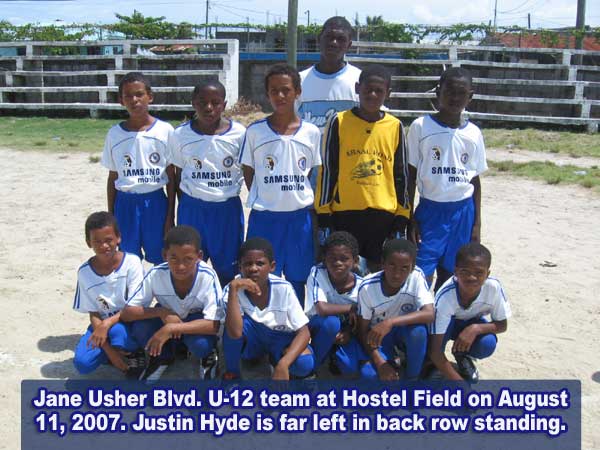