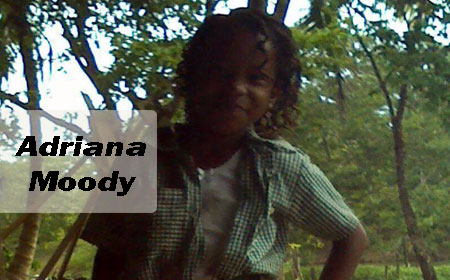 MAYPEN, Belize District, Mon. July 18, 2016–An 8-year-old child was swallowed whole by a crocodile on Sunday afternoon. The child, Adriana Moody, and three other children were swimming with their mother in the Maypen river, located between the villages of Gardenia and Biscayne at around Mile 25 on the Philip Goldson Highway, when the attack occurred.

According to Indira Rhaburn, 24, who police told us is Moody’s mother, at around 3:25 p.m. she saw the crocodile in the middle of the river with what appeared to be Adriana’s body in its jaws.

The crocodile then began to swim down the river with the child, apparently dead, in its mouth.

Police reports indicate that Rhaburn began to pursue the crocodile in a canoe, striking it in its head with her paddle.

According to Rhaburn, despite her efforts the reptile went under water with the child, and she didn’t spot the child or the crocodile after that.

However, this morning a resident of Maypen who was near the river spotted the crocodile downstream and fired at it, causing it to release the child, which it was still holding in its mouth, and flee.

Ladyville police have since recovered the child’s body and it will undergo a post-mortem exam at the morgue. However, ACP Broaster was unable to share with Amandala the state of her body.

Broaster has been unable to confirm the depth of the river, but he has since confirmed that it is usually visited by villagers.

While villagers knew that the river has been croc-infested, this is the first time such a tragic incident has occurred.

ACP Broaster told Amandala, “We have too many crocodiles in our waterways at this juncture, and something needs to be done about it.”