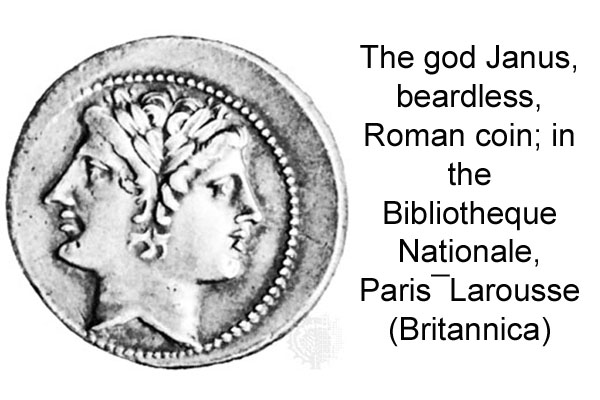 Why April Fool’s Day? “… Those who continued to celebrate the end of New Year Week on April 1 were referred to as fools,” says Encyclopedia Britannica.

The Gregorian calendar is today’s internationally accepted civil calendar and is also known as the ‘Western calendar’ or ‘Christian calendar’. It was named after the man who first introduced it in February 1582: Pope Gregory XIII. (Source: http://www.timeanddate.com/calendar/gregorian-calendar.html)

by Pope Gregory’s time, the Julian calendar was 10 days out of sync with the seasons; in 1582, to bring the vernal equinox (and thus Easter) back to its proper date, 10 days were dropped (October 5 became October 15). Most of Catholic Europe soon adopted the new calendar; Great Britain and its colonies (1752) and Russia (1918) followed much later. (Source: http://www.merriam-webster.com/concise/gregorian%20calendar)

In Belize, New Year’s Day is usually welcomed with dancing and fireworks, and in New York City, by the highly anticipated Ball Drop at Times Square¯where perhaps the most grand spectacle is seen by millions. In fact, the 2014 version of the kaleidoscopic 12-foot wide ball, weighing almost 12,000 pounds and patterned with multicolored triangles, pentagons and hexagons, is ready for Tuesday night’s countdown.

The worldwide political and religious dominance of the Roman empire is evident in the fact that the international civil calendar so widely used today¯from Belize City to New York to Paris¯is one which was introduced less than five centuries ago by an Italian pope, which is a revision of Julius Caesar’s calendar, the Julian calendar. The Roman origin of the popular calendar is a little known fact among many who will this week celebrate New Year’s Day as January 1, 2014.

In Belize, where the Mayan Empire once flourished, this foreign calendar has superseded the indigenous way of telling time in the Jewel, although some traditionalists still make use of their ancestral time-keeping techniques; and although many Christians use the papal calendar to tell time and to set the dates of religious observances such as the recently observed Christmas, both the Mosaic and Messianic Scriptures are set against the backdrop of a vastly different Hebraic, luni-solar calendar.

That Scriptural calendar sets the start of the year as Spring (which aligns with March/April on the Roman calendar) – not in the dead of winter, as does the Gregorian calendar. Some Messianic believers, who do not use the papal calendar for spiritual celebrations or prophecy, rely primarily on the Scriptural luni-solar calendar¯not the Romans’ solar calendar¯as the foundational calendar.

The spread of the Roman calendar came with the spread of Christianity – but with Roman Catholicism in particular. Calendar controversies have included stories of persecution. There is historic information detailing the persecution meted out against some such as the Israelis (Hebrews) who fought to adhere to their customary calendars. This persecution led them to go underground with their traditional time-keeping system.

Of note is that the Papal Roman calendar is centered upon a solar cycle, divided into 12 months, with the names of many of the months and many of the days paying tribute to heathen gods. The first such “god” honored by this Roman Papal calendar is Janus.

The Encyclopedia Britannica says this about Janus: “Janus, in Roman religion, the animistic spirit of doorways (januae) and archways (jani)…

“The beginning of the day, month, and year, both calendrical and agricultural, were sacred to him. The month of January is named for him….”

The History Channel says that, “As part of his reform, [Julius] Caesar instituted January 1 as the first day of the year, partly to honor the month’s namesake: Janus, the Roman god of beginnings, whose two faces allowed him to look back into the past and forward into the future. Romans celebrated by offering sacrifices to Janus, exchanging gifts with one another, decorating their homes with laurel branches and attending raucous parties.” (www.history.com)

It furthermore notes that, “The earliest recorded festivities in honor of a new year’s arrival date back some 4,000 years to ancient Babylon. For the Babylonians, the first new moon following the vernal equinox¯the day in late March with an equal amount of sunlight and darkness¯heralded the start of a new year.”

In the Mosaic law, it is written in Exodus 12:2: “This month is the beginning of months for you; it is the first month of the year for you.” Interestingly, this “beginning of months” or the Scriptural New Year occurs around the Spring, around the time that churches celebrate Easter.

The History Channel also notes that, “In medieval Europe, Christian leaders temporarily replaced January 1 as the first of the year with days carrying more religious significance, such as December 25 (the anniversary of Jesus’ birth) and March 25 (the Feast of the Annunciation); Pope Gregory XIII reestablished January 1 as New Year’s Day in 1582.”

But it was not until two centuries later, before Belize (formerly British Honduras) became a British colony, that the British Crown began implementing the changeover to the Gregorian calendar. The British Calendar Act of 1750, introduced by King George II, outlined the calendar change for Britain and its American territories. Previously, the British year began on March 25, but when it adopted the Gregorian calendar, it decreed that the year 1751 should end on December 31 and not March 24 and decreed that the following January would be the year 1752.

In further implementing the calendar change, Britain also decreed that the natural day immediately following the said 2nd Day of September, shall be called, reckoned and accounted to be the 14th Day of September, omitting for that time only the 11 intermediate nominal days of the common calendar.E (Wednesday, September 2, was followed by Thursday, September 14.)

This brings us to the tradition known as All Fool’s Day or April Fool’s: “The modern custom may have originated in France when the Gregorian calendar, which moved New Year’s Day from March 25 to January 1, was adopted in 1582. Those who continued to celebrate the end of New Year Week on April 1 were referred to as fools,” says the Encyclopedia Britannica.

So the Gregorian calendar has prevailed, in most quarters, even to this day, as the international time-reckoning system used not just in religious circles, but also in international trading circles.