Home Headline Over 12,500 Belizeans visited Chetumal and other destinations over the long weekend
Headline

Over 12,500 Belizeans visited Chetumal and other destinations over the long weekend 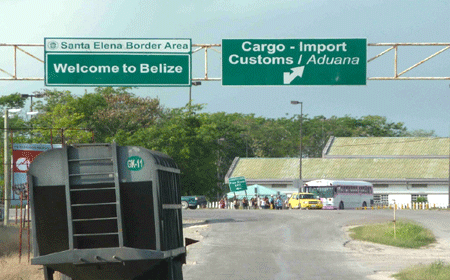 They spent an estimated $1.2 million dollars

NORTHERN BORDER, Corozal District, Tues. Oct. 10, 2017–CTV3 News Corozal reported that thousands of Belizeans traveling to Mexico over the long holiday weekend were frustrated by the very long lines that formed at the border. An estimated 12,500 Belizeans went to Chetumal, Cancun, Playa Del Carmen, and other attractive areas in southern Mexico, to shop and recreate.

Belizeans began traveling over to Chetumal and other destinations on Friday evening, at the end of the workday, and they returned on Sunday, according to information from the Immigration Department. It is estimated that over the weekend, each person took an average of $100 BZD to Mexico, to spend on food, shopping, hotels, and medical services, which amounted to an estimated total of $1.2 million that was spent by Belizeans.

The complaints were incessant, CTV3 News Corozal said. The news station reported that many of those individuals who embarked on a journey across the border claim that the Immigration Department does not have an adequate number of personnel available to assist in the efficient processing of large numbers of travelers.