“…you use the Auditor General’s findings and you turn those over to the police,” Barrow told reporters Wednesday 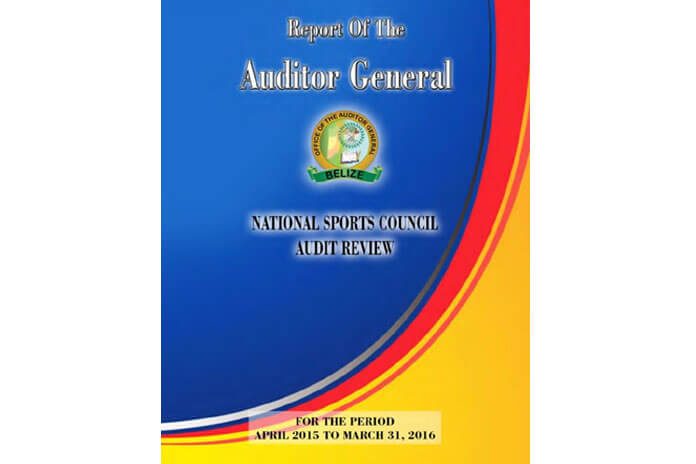 BELIZE CITY, Thurs. Jan. 16, 2020– An audit report of the National Sports Council which covers the period April 2015 to March 2016 that will be tabled during tomorrow’s House of Representatives meeting, was leaked to the media this week.

The report, done by the Auditor General, paints a dismal picture of mismanagement, negligence and possible corruption in the management of monies that were allocated to the National Sports Council, but which remain unaccounted for, according to the report.

In the Executive Summary, the Auditor General noted, “Operating budget different from approved budget. Funds from advertising not properly accounted for and documented. No documentation provided to ascertain whether designated training funds were utilized as intended. Questionable cash transactions. Management and disbursement of Petro Caribe Summer funds did not comply with the program requirements. Discrepancies regarding business transactions between National Sports Council and Go Enterprise Limited. Suspected fraudulent activities at the National Sports Council -$416,228.25.”

Go Enterprise Limited is a company that was under the control of former Albert constituency area representative and Minister of Sports, Herman Longsworth. Longsworth is now Belize Counsel General in New York.

Longsworth’s Go Enterprise Limited received $75,000 for work at the Marion Jones Stadium, but the audit report found that out of that initial mobilization money, out of that $75,000, $40,000 was withdrawn from the company’s account and deposited into the Albert constituency bank account, and an additional $5,000 was also deposited in Longsworth’s personal account. Longsworth’s company did not have a contract with the Sports Council.

Another person whose name appeared in many areas of the report was Patrick Henry, a former Acting Sports Director. Apart from allegedly giving false answers to a questioner from the audit team, Henry was also collecting a double salary, which amounted to around $4,000.

Henry also placed the National Sports Council in an unauthorized overdraft with the Belize Bank of $14,330.13.

On Henry’s watch, almost $50,000 worth of checks were made out in staff members’ names and cashed, the audit report found.

In addition to the numerous acts of hanky-panky apparently going on at the National Sorts Council, the audit team concluded that “spending habits were hard to follow.”

At his press conference on Wednesday, Prime Minister Barrow was asked about the audit report.

PM Barrow said, “I can tell you is that it’s being laid on the table on Friday, so that and one into Julian Cho (high school), both will be laid, so it will then become public, and you can ask all the questions on that.”

It was pointed out to PM Barrow that the Auditor General is questioning certain transactions here amounting to $400,000 that they can’t account for.

“I would think you use the Auditor General’s findings and you turn those over to the police,” PM Barrow replied.

When asked if that is his intention, PM Barrow replied in one word, “Absolutely.”