Home Highlights A call for Belizean self-reflection and unity
Highlights

A call for Belizean self-reflection and unity 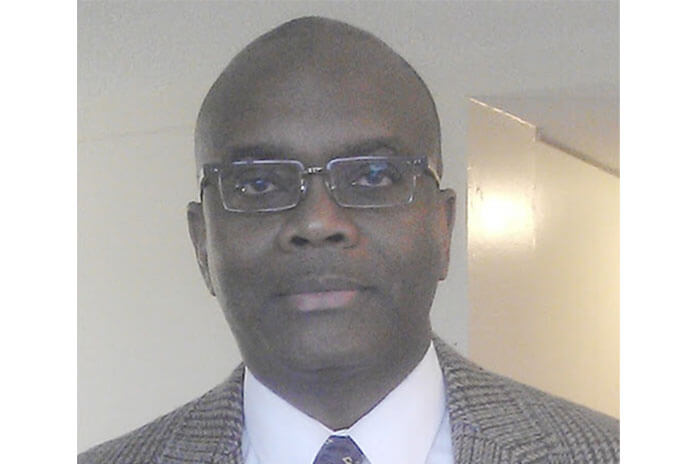 July 13, 2016
Boston, Massachusetts– (Posting this video, “Why Some Countries are Poor and Others Rich” is not an endorsement, but please don’t throw the baby out with the bath water.)

Regardless of what you think about Britain, you can bet on one thing: The British will look after the interests of the British—”Brexit”, or “No Brexit”. The British Monarch, the day following Brexit when many in Britain, Europe, and around the world spoke as though the end-of-the-world draweth nigh, memorably declared, “I’m still alive.” Some news outlets reported this was merely a jest, a joke.

The shock of Brexit is now receding. The stock markets have adjusted and largely recouped their losses (regardless of who won or who lost). The tone of the anti-British EU factions has been effectively silenced.

The President of the EU Commission, Jean-Claude Junker, amongst the loudest anti-British EU voices, has been disciplined by his biggest political advocate, Germany’s Angela Merkel. For Germany, it’s not ideology or Brexit-no Brexit that rules, but rather, it’s what’s in the self-interest of the German nation that must prevail. Truly great nations, or better phrased—truly resilient and progressive nations—know not just how to survive, but also to thrive, regardless. I subscribe to the adage, “Life is 10% of what happens to you and 90% of how you respond.” This is the story of my own life.

So you have nations like Germany and Japan, that, though militarily defeated and their infrastruture largely destroyed by war, rebuilt their nations by first rebuilding and restoring the national spirit. Such unity of purpose and vision did not just rebuild their nations, but they’re now leading nations.

The visionary Singaporean statesman and founding father, Lee Kuan Yew, cried publicly after being kicked out of the Federation of Malaya in 1965. However, he didn’t evoke merely emotion, he led the rebuilding of his nation and people. Today, Singapore, a city state of 278 square miles and a population of some 5.5 million, tops the world rankings in several positive categories, including its economy, education, trade and investment, as well as in its civility and quality of life for its peoples.

Now what does all this have to do with our Jewel, Belize? Back in December 2008, after being invited to give lectures in Riyadh, Saudi Arabia, and flying into Kuwait (which was almost totally desert (on the surface), I realized that Belize is far richer than this oil-rich nation with its massive bank accounts and sovereign wealth funds. It was then I appreciated more the words of Samuel Haynes in our national anthem, “Nature has blessed thee with wealth untold.” The Kuwaitis and the Emeratis know they can’t eat their oil, or survive solely on desalinated water for lack of rivers (unlike us Belizeans who have 17 major rivers, not 16). I actually belong to a country where it’s impossible to starve (unless you so choose).

Even so, and even as it is critical to defend our national borders, Belizeans must realize where our true wealth lies. And it is not simply in real estate or mineral wealth.

Regardless of what you think of the Jews or Israel, one thing is certain. Just like Britain, Germany, Japan, tiny Singapore, or the great Chinese dragon, such nations don’t just see themselves as pieces of real estate. They are a people who have a rather clear vision of themselves, their history, and their place in the world. So whether through war or not, military defeat or not, these nations did not just survive, they thrived. That’s why, to me, Queen Elizabeth’s seemly verbal jest, “I’m still alive”, was no mere gesture — especially coming from a woman who has seen off more than a dozen British Prime Ministers.

As for this video clip posted here, “Why some countries are poor and others rich”, I don’t measure wealth simply in terms of dollars and cents. While money doesn’t exactly “make the world go round”, it’s mostly what “turns” the decision-makers of this world.

Herein, we Belizeans need to learn a hard lesson. Our nation is threatened from without, our national borders are being seriously threatened. However, I’ve observed this one thing about land—”it ain’t going nowhere!” Leave aside “global warming”, the land will still be there; it can be reclaimed. For Belize, I see an even bigger threat. It is the threat that lies within our own borders. Yes, I get it. You must first have a house in order for you to perform housecleaning. I see “self-cannibalism” as Belize’s biggest threat. We are our own worst enemy. It shows up in the way we relate and treat each other in our little country, made worse by the fact that we’re such a relatively tiny population.

Just to name one: Death stalks our streets. I stand with the “Black Lives Matter” movement in their stance against police brutality in the United States, but Black lives shouldn’t just matter when blacks are killed or slaughtered by cops. Let’s look in the mirror: Most of the slaughter is self-inflicted. The same applies to Belize. “It is one thing for the system to screw you; it’s another thing for you to screw yourself.”

Examples of “self-cannibalism” manifested during my two-year tenure as the Director of Medical Services (2009-2011­) at our national hospital, the KHMH. Our national politics can be toxic, but it doesn’t have to be. We were building Belize’s first open-heart surgery program. Part of this was the Cardiac Catheterization Laboratory (“Cath lab”). I had renewed faith in my country when Belizeans (of all shades and political colors) pitched in. However, I found it rather depressing, when one such leader chastened me for asking him to assist what I perhaps naively considered a national effort—for the service of all Belizeans. Heart disease does not discriminate against Belizeans on the basis of their politics. Sadly, one such leader declared that he would not lift a finger to make the party in power “look good”. This mentality cuts across the political divide, as an individual who did the KHMH much harm, was tolerated.

This is the tragic reality of Belizean politics. Who made it so? … Us. Who needs to change it? … Us.

I can continue to list a litany of depressing statistics that are killing us in Belize, many of them killing us softly … and slowly. I have no wish or desire to be a prophet of doom. I am a quintessential optimist. I am a believer and also a worker. I know what it is to be blind, and what it is to see. I know what it is to be bound, and then set free. This is not waxing poetic; this is my reality. Life is a package deal. Again, “life is 10% of what happens to you and 90% of how you respond.” I believe that the problems caused by human behavior can also be solved by a change in human behavior.

To me, Belize is a very wealthy country, but our wealth has to be recognized as being far more than just real estate, natural resources, or mineral wealth. We must build up our people and maximize each other’s potential, rather than continuing to divide and pimp each other. What does it take for us to start seeing ourselves in each other, rather than the evident attitude of “us versus them”? The slaughter within our borders can be drastically reduced, whether in the hood, on our highways and everywhere in between. Such solutions do not involve rocket science. They’re not pie in the sky. Such challenges have been successfully tackled elsewhere. The real question, to me, is how serious we really are. Don’t get me started. We know. We really know that gun crime doesn’t simply involve those idiots who pull the trigger. What about the families that knowingly condone such? … and those who benefit from the spoils? … from the trade? … from the status quo? … from those who shield them? … to a criminal justice system that provides no real witness protection?

To me, we Belizeans need to abandon the pervasive narrow and selfish mindsets that infect our culture. Instead, we ought to resolve to follow the Golden Rule, and to “Love thy neighbor”. A house divided against itself cannot stand. If we don’t stand together, we risk being dismantled one by one. To me, this is not just scripture, this is reality. It will determine our destiny as a nation. So the questions we Belizeans need to ask ourselves include these: What is it that we want? What kind of Belize do we want to live in … and want our children to inherit? Are we willing to do whatever it takes? (And in case you didn’t notice, in this paragraph, there were no “I’s”, just “We’s”.)

Based on my understanding of history, building a progressive, resilient nation requires a change in mindsets, the charting of a clear vision (a vision that empowers and maximizes each other’s potential, regardless—with no isms, no schisms), and a resolve to “find a way” and do whatever it takes to get the job done!