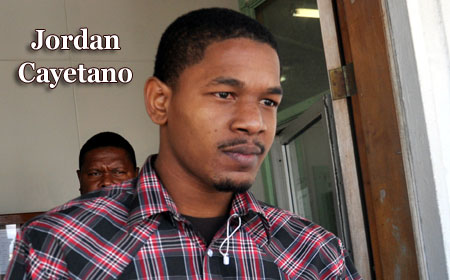 BELIZE CITY, Thurs. Nov. 17, 2016–The dismal record of failed prosecutions in murder trials continues unabated in the present session of the Supreme Court, as the Crown was forced to abandon its indictment against yet another person accused of murder this morning.

On November 1, Cayetano’s trial began in the Supreme Court of Justice John “Troadio” Gonzalez, who was sitting without a jury.

The trial went into a voir dire which lasted for several days, during which defense attorneys Dickie Bradley and Anthony Sylvestre battled with Crown Counsel Rene Montero, Jr., over the admissibility of an oral statement that police had extracted from their client.

In the statement, police claimed that Cayetano admitted to shooting Chen. When he was asked how many times he had shot Chen, Cayetano allegedly replied that he had shot her three times. Why did you shoot her, the police who took the oral statement asked Cayetano.

Cayetano replied that he did it because his general was locked down.

When asked who his general was, Cayetano said it was Gerald “Shiney” Tillett, the then George street boss.

Cayetano’s attorneys had argued that the statement police took from him could not be used in the Crown’s evidence against him because the statement was not voluntarily given and the police had violated Cayetano’s rights in the taking of the statement.

During the voir dire, three police witnesses took the witness stand on behalf of the prosecution. The officers testified that Cayetano was not threatened nor beaten. Justice Gonzalez noted, however, that when he asked one of the police officers if Cayetano was told about his constitutional rights, the officer remained silent.

In his summary, however, Justice Gonzalez ruled that where there is a reasonable doubt about any piece of evidence, that doubt should go in the favor of the accused.

The judge noted that the accused was threatened and physically beaten, and he was also shocked with an electric wire.

Additionally, the police kept him in custody for long periods of time without giving him any food or water.

Cayetano gave a dock statement during the voir dire, describing for the court how he was threatened and beaten.

Justice Gonzalez ruled that the accused was “oppressed in giving the statement…” and concluded, “I am left with a reasonable doubt about the truthfulness of the police officers.”

“Common decency and respect for human rights dictates that the police should have offered water or food to the accused,” Justice Gonzalez noted. “The accused made the statement in an unfair manner. The statement is inadmissible based on the authorities.”

Justice Gonzalez’s ruling effectively doomed the prosecution’s case against Cayetano. Crown Counsel Montero rose to address the court, saying that the Crown would not proceed with any more evidence against the accused.

Justice Gonzalez asked Cayetano to stand and told him that the Crown had discontinued its case against him and that he was a free man.

During the trial, Gang Suppression Unit police officers explained to the court how they went to a yard shortly after the shooting and found the accused, who they told the court was fidgeting with something under the waist of his pants that turned out to be a 9mm pistol that fell from him. He and four others were taken into custody.

When the murder scene was processed, police recovered three 9mm expended shells and a 9mm slug. That evidence was sent to the National Forensic Lab for processing and it was expected that the lab would match the “fingerprint” of the gun used to commit the murder with that of the gun that police had allegedly taken from Cayetano.

After the hearing, however, Crown Counsel Montero told Amandala that he could not continue with the case because a key piece of the evidence that the Crown was relying on, the expended shells and the slug that police had recovered from the murder scene, were missing and presumed to have been lost at the National Forensic Lab.

Montero explained that had the lab been able to match the expended shells with the gun police took from Cayetano, it would have been most helpful to the Crown’s case.