Venezuela’s ambassador, Gerardo Argote, said that Guaidó’s days are over. 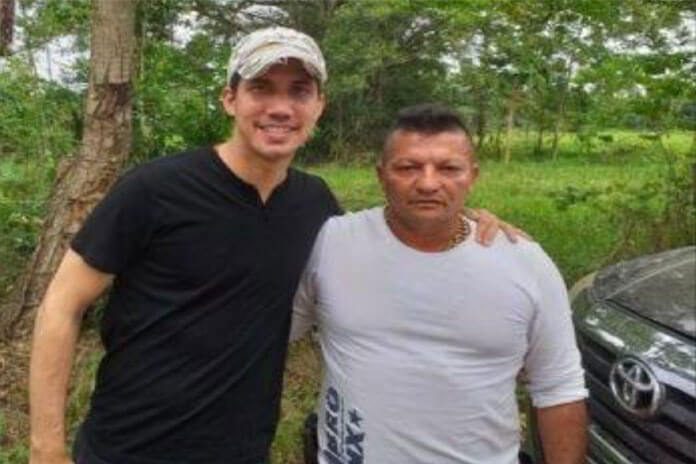 BELIZE CITY, Thurs. Dec. 12, 2019– The Ambassador of the Bolivarian Republic of Venezuela to Belize, His Excellency, Ambassador Gerardo Argote, in an exclusive interview with Amandala, updated us on the situation in his country as it relates to what a few months ago appeared to be a parallel government — with President Nicholas Maduro on the one hand and the US-backed “interim president” Juan Guaidó, around whom allegations of corruption are now swirling, on the other.

Ambassador Argote declared that Venezuela has won, because his embattled country has been able to avoid a war with neighboring Columbia and a civil war within its own borders. The allegation of corruption against Juan Guaidó has crippled his chances of toppling the Nicholas Maduro government.

The ambassador explained that the Juan Guaidó presidency that the US has been pushing could not succeed because there is nothing in Venezuela’s Constitution to support the idea of “an interim president.”

Although Guaido was able to be accepted by the Trump administration and some countries have been supporting Washington’s self-declared interim president, it has not been easy to dislodge Maduro from the seat of power in Caracas.

Ambassador Argote said Juan Guaidó also failed in April 20 when the military coup that he tried to direct with the assistance of Washington failed.

Juan Guaidó’s coup only attracted about 20 soldiers from the richest part of Caracas, Ambassador Argote said.

“And we are talking about an army of half a million soldiers and three million people from the reserve,” Ambassador Argote added.

“Juan Guaidó has not been able to control the land nor the military. He could not name ambassadors because you cannot have two ambassadors from one country. Who’s going to pay for the ambassadors?” Ambassador Argote said.

In light of the sanctions that the Trump administration imposed on Venezuela, we asked Ambassador Argote, how has his country been getting along without the oil revenue on which the country’s economy is very dependent.

Ambassador Argote explained that Venezuela has been able to get around Washington’s sanctions against its oil, by finding new markets in China, Russia and India. “The United States was our biggest client,” he said.

In the meantime, Juan Guaidó has moved from being in the spotlight as the opposition figure in Venezuela that would oust president Nicolas Maduro, to being ensnared in a monumental corruption scandal involving millions of dollars which were the proceeds of humanitarian aid that have been siphoned off by Guaidó and his inner circles.

The corruption allegations against Guaidó and his opposition deputies are wide-ranging and involve the purchasing of a fleet of vehicles in Spain; and the purchase of apartments in Bogota, Columbia, and in Madrid, Spain.

Funds were diverted from companies of the Venezuelan state that were illegally confiscated by the United States and were deposited into personal accounts. Then there is a US 280-million dollar contribution that was reportedly sent by the US as humanitarian aid and to restore democracy in Venezuela.

In addition to the allegations of corruption against Guaidó, there are also photos that have surfaced of him posing with the leaders of ‘Los Rastrojos’, a paramilitary group from Colombia, in February, and these have added to Guaido’s mountain of troubles.

Ambassador Argote explained that the radical faction of the opposition is very angry with Guaidó and wants to kill him, “because they don’t have access to the money” to which he has access.

Last month President Maduro participated in a national dialogue with the moderate faction of the opposition so that they could facilitate national reconciliation in the country, Ambassador Argote disclosed.

The meeting culminated with a three-point agreement for progress in economic and political matters, said Ambassador Argote.

The first is the establishment of a broad electoral guarantee for the 2020 elections which involves a new National Electoral Council. They also reached a second agreement for the exchange of oil for medicine and to eliminate taxes on a large number of items for the population; and there was a third agreement for national reconciliation.

Ambassador Argote summed up the US position as “the United States stepping away from Juan Guaidó.”

“Next year January there will be new elections in Venezuela to elect a new parliament and Juan Guaidó will not be a part of that due to the problems of corruption”, Ambassador Argote said.

Washington has already changed tracks with its Venezuela policy, with its statement from Undersecretary of State Michale Kosac, who said Washington’s support for Venezuela is aimed at free elections, and is not being directed to Juan Guaidó as a person. The US says it will support anyone who emerges as the president of the parliament. There will also be an election in October or November 2020, Ambassador Argote said.

Feature photo: Juan Guaidó with a member of Colombia’s The Rastrojos