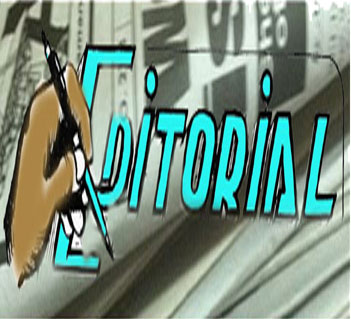 On August 13, 2014, this newspaper marks the 45th anniversary of our first publication. Amandala began as the newspaper voice of an organization which was called the United Black Association for Development (UBAD), founded on February 9, 1969.

In October of 1969, UBAD entered an alliance with an organization called the People’s Action Committee (PAC), and that alliance, which lasted until January of 1970, was called the Revolitical Action Movement (RAM). PAC had been publishing its own newssheet, named Fire; so during the time of the RAM alliance, this newspaper was called Amandala with Fire.

When the RAM alliance broke up, Amandala returned to being just plain Amandala. The following month, February of 1970, the publisher and editor of Amandala, the late Ismail Omar Shabazz and Evan X Hyde respectively, were arrested and charged with seditious conspiracy because of a front page story in Amandala called “Games Old People Play.” The article referred satirically to an election petition case taking place following the 17-1 defeat of the Opposition NIPDM by the ruling PUP. The Amandala accused were acquitted in the Supreme Court in July of 1970.

Following the dissolution of UBAD in November of 1974, Amandala stood on its own but could not compete with The Reporter, a newspaper established by the British Honduras Chamber of Commerce in 1967, because of our inferior printing technology.

In 1977, officials of the ruling PUP, led by then Senator Said Musa, decided to invest in a company called Cream, Ltd., which purchased modern offset printing equipment for Amandala. It was also in 1977 that Amandala declared that it was changing its philosophy from that of black nationalism to Belizean nationalism.

In 1981 Amandala and the ruling PUP began a serious fight because of the Heads of Agreement, which had been introduced to Belizeans in March of that year. It was at some point in 1981, the year of political independence, that Amandala became the leading newspaper in Belize, and was attacked by separate libel suits lodged by Prime Minister George Price and Communications Minister Louis Sylvestre. Large financial judgments were given against the newspaper by judges from Portugal and Barbados in the Price and Sylvestre cases respectively, but with major support from the Belizean people, including the then Opposition UDP, we paid the fines.

After the UDP came to power in 1984, they retained Radio Belize as a government radio monopoly. But a British Forces radio station had begun broadcasting in Ladyville, and that British army radio signal reached Belize City. Amandala began agitating for a radio license, but was given the runaround by the UDP government. 1989 being a general election year, the Opposition PUP decided to support the concept of an Amandala radio station in their general election campaign. It was thus that, following the PUP victory in the September 1989 general election, KREM Radio began broadcasting on November 17 of that year.

In 2003, Amandala helped to established KREM Television. The media combination of Amandala, KREM Radio, and KREM Television is referred to as Kremandala. Kremandala has sponsored several football and basketball teams over the years, including the seven time champions of semi-pro basketball – Kremandala Raiders.

In 2001, the Library of Africa and Indian (Indigenous) Studies was opened on the Kremandala compound by the UBAD Educational Foundation (UEF).

Today, Kremandala is the largest media house on Belize City’s troubled Southside and one of the Southside’s largest employers.

We could lay the blame for all our losses in the international courts on Lord Ashcroft-owned companies or on corrupt political leaders or political...
Read more
Editorial

The Government of Belize, in what might be considered a desperate move to gain US dollars, has announced a plan for a limited reopening...
Read more
Editorial

News of a pending sale of Scotia Bank Belize, which had been operating in our country since 1968, has been floating around since last...
Read more
- Advertisment -