Amandala sets the record straight re settlement with Rene 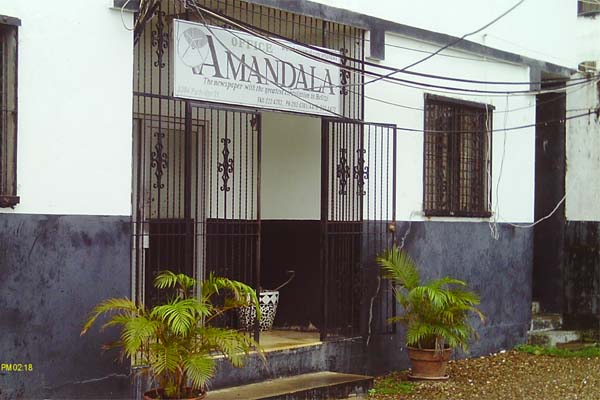 On 12th April 2019, Rene Villanueva, Sr., filed suit in the Supreme Court against Amandala and its Editor seeking damages for statements contained in an editorial published on 22nd February 2019.

Amandala accepted that a statement in the editorial that Mr. Villanueva was born in Honduras was in error. In its defence, Amandala clarified that this statement had been corrected in its 1st March 2019 edition of the newspaper when Amandala published a portion of a letter from Lawrence Vernon which was headed “Eminent historian says Rene was born in Belize.” This correction was therefore published by Amandala six (6) weeks before Mr. Villanueva filed his claim and was not the core issue in dispute in the claim.  Mr. Villanueva agreed to withdraw his claim and a consent order was entered by the parties. It is therefore alarming that Mr. Villanueva would seek to use the settlement to smear Amandala’s reputation, and would boldly state on his morning show that the matter had been taken to court and Amandala had to issue an apology. The issuance of the apology was arrived at by consent, and not as a result of any order imposed by the Court. Furthermore, the place of Mr. Villanueva’s birth was never a core issue in dispute in the case.  Amandala had publicly acknowledged the error since 1st March 2019.

The settlement was not media worthy, but Mr. Villanueva made Amandala’s apology not only an item in Love’s morning show, but it became a news item for Love FM, and has been posted on Love FM’s facebook page. Contrary to what Mr. Villanueva has publicly stated, the editorial was not malicious; the editorial did not suggest that Mr. Villanueva (if he were born in Honduras – a new Belizean) does not have the rights of a born Belizean. The limelight given to a simple settlement indicates that the withdrawal of the case by Mr. Villanueva was disingenuous, that he has taken the opportunity to use a settlement arrived at in good faith as a smear campaign against Amandala.

Amandala does not wish to give more significance to the matter. It is important, however, to clarify the facts.