Home Features Anti-corruption must be the platform
Features

Anti-corruption must be the platform 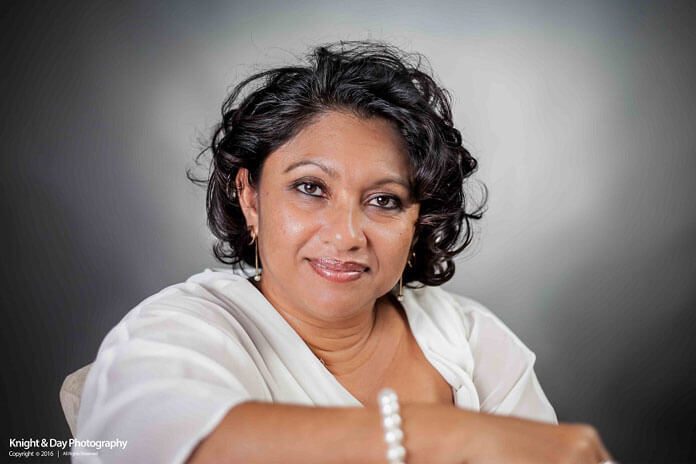 It seems that there is a major faction in our society who are adamant that this is the time for those in governance to take a clear decisive and unequivocal position on the issue of corruption in our country.

And, of course, there are those that seem to be clueless about how steeped in corruption our country finds itself or are just outright complacent and complicit. It’s like it has become such an everyday way of life that the average person sees no wrong with it, or fails to recognize it, or benefits from it, so they support it and justify it.

No matter which side of the divide you are on, it is an undisputed fact that corruption at any level of society, and especially in government, can never lead to any form of equity and true development of people and country.

I know and appreciate that so many ignore corruption because they feel that to fight it is to be disenfranchised, so they adopt the maxim, ‘if you can’t beat them, join them’. Simply put, many become frustrated by seeking to do the right things in the right way and not getting ahead, and in the meantime, not seeing their immediate survival, so they opt to participate in the improper and illegal means to get ahead.

For example, in the very old days one would simply submit an application form for a piece of land at the Lands Department in your district and these would be processed fairly on a first-come, first-served basis. This does not mean that corruption did not exist; it just means that it was not the norm and the accepted way of doing business.

Today, without a letter of recommendation from the minister or inside dealings with the public officers at the Lands Department, there is no chance of getting a piece of land. Our people are becoming too accepting of corruption and at times seem to lack the moral and ethical compass to recognize corruption — so much so that they participate in it.

Defining corruption
In order to elevate the discussion on the issue of corruption, which has formed the basis of legislations, conventions, policies and even entities to fight corruption, I share how corruption is defined and hope it helps Belizeans appreciate that some of the things they are condoning and participating in, are outright CORRUPTION!

Transparency International defines corruption as ”the abuse of entrusted power for private gain.” The U4 Anti-Corruption Resource Centre embraces this definition, as it captures three elements of corruption:

2. Abuse of power
Corruption involves abusing power held in a state institution or a private organisation.

3. Benefit
Both sides involved in the corrupt act benefit, either in terms of money or undue advantage.

U4 Anti-Corruption Resource Centre explains that “Sometimes the ‘advantage’ gained may not be ‘undue’ or clear-cut, but is nonetheless an advantage. For example, in some corrupt societies people can only secure access to public health or education if they pay bribes. In such situations, those who can afford to pay have an advantage over those who cannot. The bribe-giver’s ‘benefit’ is merely that which is anyway his or her rightful due. Bribe-takers receive an advantage for carrying out functions that are anyway their duty to perform.”

Instances of everyday corruption in our country are: only being able to access your land documents at the Lands Department if you pass some money under the table; or only being able to get expedited documents at Vital Statistics, if you pay money to one of the clerks, again under the table; or even where your prospects of getting a piece of land hinge on being able to get a letter of recommendation from the political area representative in your constituency, but he gives you it in return for your votes; or where a senior officer only allows you a promotion, access to training or even a scholarship in return for sexual favours.

The currency of bribes is not always money; it takes many forms, including sexual favours, votes, or personal favours such as a recommendation that enables one to qualify for a house, job, loan/grant, or reduced taxes or penalties. There are myriads of examples, and they occur at the institutions of education; in the private sector, public sector and civil society workplaces, and even in the unions and churches.

The illegalities and improprieties documented by the Auditor General in her report on the illegal issuance of over 55 thousand passports at the Immigration Department are one big case of CORRUPTION, yet no Senate report is out. The holding back of the report in order to hold on to an appointed political office, or to get financing to carry out a development or immunity from investigation, is also another level of corruption by the very persons who are conducting the investigation.

Putting or appointing persons to hold public office in return for them to always make decisions in your favour throughout your political career is just yet another form of corruption. It does not mean that the one being bribed cannot also be running his own little corruption ring as well, using the office with which he is entrusted. Issuing land in the country to squatters in return for votes is corruption, just as issuing residency and nationality cards in order to register these immigrants and obtain their vote come election day, is likewise corruption.

Campaign financing to influence the political processes is the most acceptable form of corruption. If it was not, both of the two major political parties would have been clamouring and demanding and working jointly on passing campaign financing legislation … but they are not! However, this must be the platform we demand from the party that seeks to form the next government.

On the other hand, Petty/administrative corruption “is the everyday corruption at the interface between public institutions and citizens.” These are instances where there is not equal application to the existing laws, rules and regulations. The most consistent example is where “civil servants issue documents only if they receive a payment that is higher than the advertised official price for this service”.

Now, I hope my readers can think of all the instances in which this has happened to them!
So, the next time you pay the traffic officer a little $10.00 so that he does not issue the traffic ticket; or pass a little $20.00 to expedite your gun license, or even bring a bottle of rum for the customs officer so that he does not search your vehicle at the border entry, remember, you are part of the corruption too!

Who will campaign against corruption?
Just this weekend we saw a massive public outcry from many citizens who had not one vote to cast in the UDP leadership convention! Their position simply was that if the delegates embraced John Saldivar as the leader-elect of the party, they were embracing corruption. Said corruption is the receiving of monthly tranches of US$25,000 from convicted fraudster Jacob Kingston, as revealed by the testimony of Lev Dermen, in return for assuring him an ambassadorship.

He did not succeed in getting that ambassadorship, but the monies had already been paid! To date, said monies have not been accounted for by John Saldivar, and the Financial Intelligence Unit has failed miserably to properly investigate his non-declaration of said monies, and as to the police, they are rounding up Southside black youths and locking them away for 30 days without charges and are yet to even bring Saldivar in for questions!
This is only one of the many questionable decisions of Saldivar, and there may be many others unknown to “John Public.” However, Saldivar is the only one unmasked, but I am confident there are so many ministers who have done things that are equally bad or worse, but it has not yet been revealed in the public domain.

Patrick Faber may not necessarily be squeaky clean, and many are watching to see if he will take an anti-corruption platform. Pundits theorize that if he does not take this route, it’s because he fears that his deeds or those of his close supporters and appointees acting at his behest or for his benefit may be unearthed.

Equally worrying is the fact that the PUP have not bothered to take on an anti-corruption platform, not even while in Opposition and seeking a win. They have not set forward any plan to combat the rampant corruption they publicly criticize but offer no solution to. Worse yet, they have been given a golden opportunity to demand and promise enactment of campaign financing legislation, yet are not actively pursuing that.

Likewise, they are in a key position to promise the signing of the UNCAC and all its corresponding treaties to put teeth into the fight against corruption, to ensure that there is a full mechanism to specifically go after Grand Corruption. It is worrying that they shy away from that platform and have not presented any tangible plan to combat corruption.

One of the biggest displays of the legitimization of corruption, in my view and analysis, took place when the Prime Minister used the power of the legislature to circumvent the breach he had committed of the Audit and Finance (Reform) Act, and thus passed the Petrocaribe Loan Act to sanction and legitimize his misconduct.

He did this by making this new law retroactive to a date just before the otherwise illegal act and violation against the Audit and Finance (Reform) Act. CORRUPTION comes in many forms, indeed!