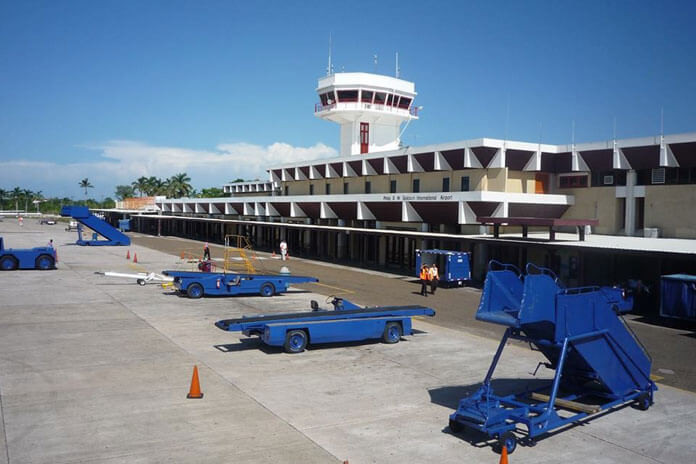 BELIZE CITY, Fri. May 29, 2020– The Philip Goldson International Airport (PGIA) closed on March 23 after the last commercial flight left the country, and the national State of Emergency lockdown kicked in as the country’s battle against the spread of the novel coronavirus began in earnest.

With global air travel coming to a full stop due to the global shutdown to contain the pandemic, Belize’s tourism-dependent economy has taken a massive, direct hit.

There was optimism in some quarters that an early opening of the borders and airport would occur to ease the economic meltdown and the bleeding of Belize’s economy.

Those hopes of an early opening of the PGIA and Belize’s borders arose after Prime Minister Dean Barrow projected a July 1 re-opening of international travel to the country. The tourism industry, however, appears to be in for a longer wait than at first was anticipated.

At his virtual press conference, Prime Minister Barrow broke the news that he is unable to indicate a date when the PGIA will re-open.

Barrow told the nation that, “Yesterday, IATA, the International Air Transport Association, sent a message to our Director of Civil Aviation. That message made clear IATA’s disapproval of the Belize travel testing requirement.”

Barrow further explained, “According to IATA, that could not work now, and Belize should wait on the development of a reliable rapid test that would allow for the airlines themselves to administer a pre-boarding test.

“After that, the dominoes started falling. The carriers changed their tune, and it became clear that they would not fly to Belize if we insisted on travelers coming in armed with a negative test result. I repeat, though, that our paramount safety concerns mandate our holding firm on that requirement.”

Continuing, Barrow stated, “Long story short? I am, in consequence of all this today, unable to confirm July 1st as a firm reopening date for the PGIA.

“Everything suggests, though, that rapid testing nirvana is imminent. And the moment that happens, we will be good to go. Having not been able to secure July 1st, you will understand that I don’t feel comfortable hazarding a guess, an estimate, as to the actual new date.”

“But let me take the plunge; there is no way tourism will not be back by November 1st. I personally anticipate that it will restart long before November 1st. By November 1st, something has to give; if not, as a country we will have to contemplate the possibility of re-opening even if we don’t have the reliable rapid test kits that we are so earnestly hoping for,” the Prime Minister went on to say.

“But take the chance that there can be a return to some degree of COVID-19 once we re-open to the exterior. Take the chance of running that risk or face the inevitability of our almost literally dying [economy] because of the absence of tourism,” he said.

For the last week or so, the Government of Belize has been keeping an eye on the coronavirus as it continues to spike in the countries surrounding Belize.

PM Barrow commented on the situation and how it relates to the opening of Belize’s land borders.

“In the case of Mexico, questions have arisen as to whether there is underreporting. That notwithstanding, Mexico is now globally the 17th most infected out of 200 countries and territories. It is in that context that we agreed that there would likely be a considerable wait before we could unseal our land borders,” the Prime Minister said.

According to international travel experts, it could take as much as a year and a half to two years before global travel gets back to anything near what was normal in the pre-COVID-19 world.

There is also the prediction that many airlines, as well as some of the smaller cruise companies, will not survive.