BATSUB is the modern “old pirates” 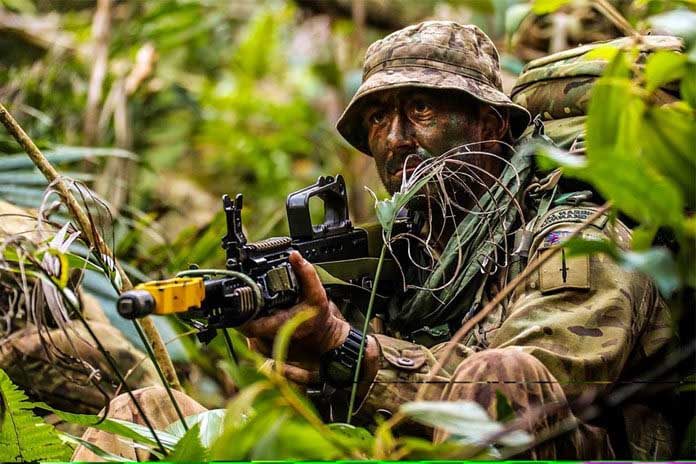 The Defence Ministry’s CEO says the article by the Daily Maverick, which says that the British army uses land in Belize for training, “has a lot of inaccuracies.”

BELIZE CITY, Thurs. Feb. 6, 2020– During the heydays of British colonialism in Belize, the Colonial Power had the entire country to itself to rape and plunder its forestry resources at will. That should have ended with the arrival of independence, especially in light of the “appropriate time” defense guarantee the British Government set as an easy exit, leaving its territorial dispute with Guatemala unresolved.

An audit report done in Belize for the British Ministry of Defence has confirmed, however, that the British Army has been using large portions of Belize’s land mass to train its soldiers and has not been paying anything to the country for the use of this land.

According to an article published by Daily Maverick, an online publication, the land mass that the British Army uses in Belize to train its soldiers is 380,000 hectares of some of the world’s most bio-diverse lands on the planet, very unlike the 240,000 hectares the army has in Britain. 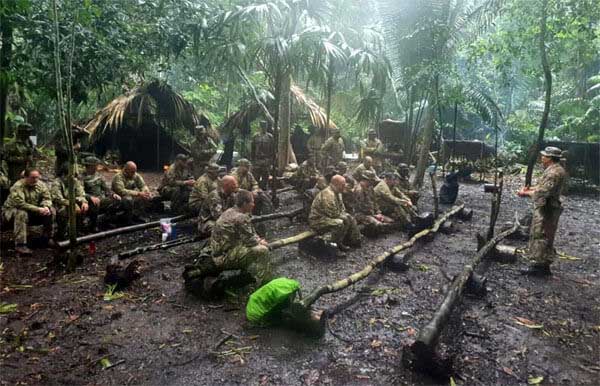 Amandala spoke to the Chief Executive Officer in the Ministry of National Security, Felix Enriquez, who told us that Belize gets a lot of training opportunities from the British at the Royal Military Academy at Sandhurst, “and those courses are extremely expensive.”

Enriquez explained, “This year we announced that they [the British] are coming here, because we are starting a new battalion up north, Battle Group North, and they are sending a mobile team to train multiple officers.”

Enriquez said that he has read the article on Daily Maverick, “and it has a lot of inaccuracies.”

“Those lands that the article spoke about, they are not exclusive to the British; the BDF also uses them,” Enriquez explained.

Enriquez told us that Belize and Britain have signed a “Status of Forces Agreement”, which addresses “the movement of troops and how we treat them, exactly what they will do when they are here and the things that we are interested in.”

“The Department of the Environment has an agreement with the British Army Training Support Unit Belize (BATSUB) which has an Environmental Impact Assessment, like any other business,” Enriquez said, “and the Belizean people are somewhat pleased when they see the UK armed forces in Belize, in numbers, because you know we have that long standing claim (Guatemalan claim),” he added.

We asked Enriquez if the Belize Government welcomed the British Army because they could in some respects be some kind of deterrent factor in light of the Guatemalan claim.

“Belize’s defense is up to Belize, but the UK is a strong supporter of Belize. So while there is no guarantee that they will jump in a war for us, where the Guatemalan claim stands the UK is on the side of Belize. For diplomatic purposes they cannot come out and say that they are with Belize. When we became independent, our defense became our purview,” Enriquez said.

We asked the CEO of National Security if it wouldn’t be a good idea for us to offer other Commonwealth countries training arrangements on all the land that the British use to train their soldiers, and charge for the land use, since we are not collecting anything from the British.

“That is what we are doing,” Enriquez said. “We have the Jungle Warfare Instruction School of Excellence, which we run. We are getting ready to invite the Swiss, the Germans and the Dutch this year. And we charge them for it,” he stated.

We asked Enriquez how much money the government earns from the school.

Enriquez explained that the school is young and it needs a lot of resources, because the Belize government has to guarantee the safety of the troops when they come to Belize. “At the moment I don’t have the figures. It’s a work in progress, but I could tell you that the last time the Germans came here they paid something like $150,000 U.S. for three months, and we use that money for the Belize Defence Force,” Enriquez said.