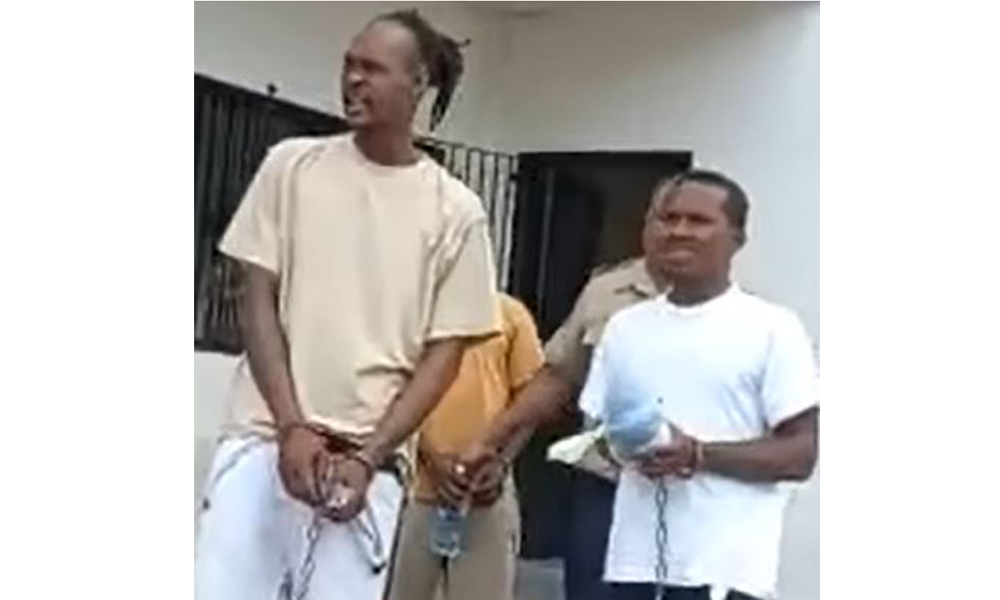 The two men were found with the gun and ammunition after being pursued by police officers on Friday morning while double riding on a bicycle on Barrack Road, heading in the direction of Victoria Street. When police ordered the men to stop, they instead sped off, which prompted the officers to pursue them. While the men were trying to elude the police, a firearm with five rounds of ammunition fell to the ground, which led to them being arrested and charged, despite Goodger attempting to take the blame for the firearm.

When the men appeared unrepresented before Magistrate Dennison Mannan later that day, Goodger, who pleaded guilty to the charges, was initially sentenced to five years imprisonment for the firearm, but this was reduced to two years due to the early plea and the fact that he is a first-time offender.

Although Goodger pleaded guilty to the offense, Waight was nonetheless charged for gun and ammunition possession as well and was remanded to the Belize Central Prison until March 2023. Waight was the main suspect in the murder of former Amandala reporter, Kareem Clarke, in 2019.