The OAS is investigating the allegation 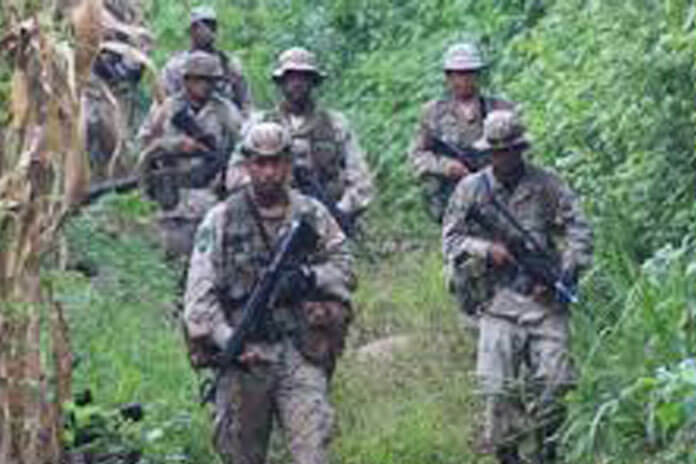 BELIZE CITY, Thurs. June 4, 2020– Rumors have been swirling on social media and elsewhere that a Belize Defence Force patrol entered Guatemalan territory on Sunday, May 31.

Late yesterday evening, June 4, the Ministry of National Security issued a press release denying that the incident took place, and characterized it as “misinformation.”

“On Sunday, May 31, while conducting a routine patrol, some members of the BDF 2020 visited a neighborhood near Jalacte Village in the Toledo District of Belize, where they briefly encountered some civilians with whom they engaged in a respectful and civil manner, and then departed,” the press release said.

The civilians had accused the BDF of being in Guatemalan territory.

The release explained that the BDF patrol had “calibrated GPS” (Global Positioning System) equipment with them, which is the norm when they are doing border patrols.

The government press release went on to explain that in accordance with the Confidence Building Measures (CBM) signed between Belize and Guatemala, the government has asked the Organization of American States to verify the details of the incident.

“Whenever there is an incident near the border that raises concern between Belize and Guatemala, the norm under the Framework Agreement and Confidence Building Measures (CBMs) of 2005 is for the respective governments to request that the Organization of American States (OAS) establish the facts surrounding the case. In response to the recent allegations, the Government of Belize has invited the OAS to ascertain what actually took place,” the release from the Ministry of National Security said.

The release concluded by saying that Belize will abide by “Annex C of the CBM, which requires the parties to refrain from spreading false information against each other.”