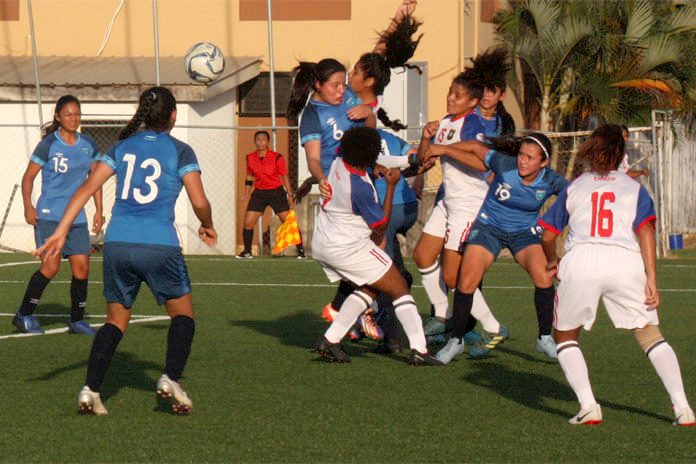 BELIZE CITY, Mon. Dec. 2, 2019– Football Federation of Belize (FFB ) President, Sergio Chuc was in attendance at Saturday’s return leg of an International Friendly home-and-away series that his FFB had arranged with our Guatemalan counterparts. And it is just as well that the game was poorly promoted, with an apparent low budget restricting much of its advertisement to Facebook posts, as the result was not any sort of payback for the embarrassing 9-1 onslaught our women sustained in the first leg of the series in Guatemala about a month ago. Some FFB sources conceded that they are experiencing budgetary constraints near the year’s end, and that may explain rumors of a possible boycott by some former National Women Team members, who reportedly had issues with the “treatment” they have received from the FFB. 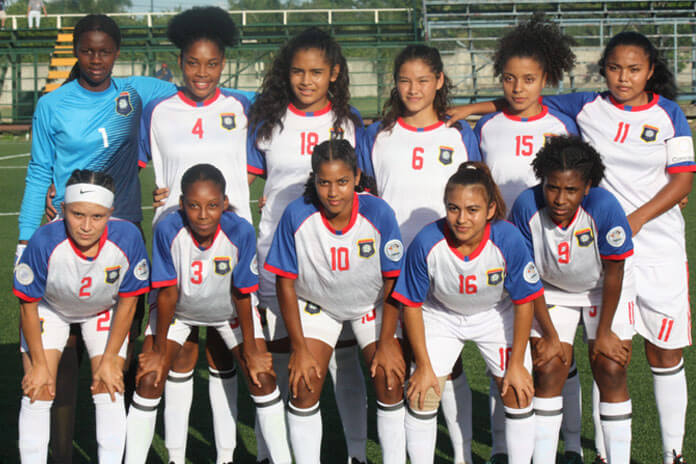 Starting eleven on Saturday for Belize National Women “A” Team

Whatever the problems, a couple hundred fans showed up to see what our girls would do to redeem our pride on Belizean soil. The Belize team that took the field included some of our best players, and they gave a good showing, despite coming up on the short end of a 2-0 score.

The Guatemalan squad was obviously well schooled and highly skilled; but it soon became apparent they could not do as they wished against our team, despite not having all our best players on hand. A star was born for Belize in 19-year-old goalkeeper Sharyn Enriquez, who was only called up this week to the National Team, and in fact had no back-up goalie on the Belize team bench for this game. A defensive error led to Guatemala’s first goal at the 8th minute, but there would be no “open floodgates” in this one. Not until mid-way in second half, when the floodlights, which had come on for about five minutes as the evening got darker, suddenly went out, did a long high ball slip in over the head of Enriquez, who may have been affected by the low lighting. It was thus 2-0 at the 70th minute (kickoff was at 4:00 p.m.); but the game remained fiercely competitive, with Belize’s Kaite Jones rocking the Guatemalan cross bar from a scramble in front of goal. It ended that way, a 2-nil victory for Guatemala; but the performance proves that our Belize National “A” Women team can definitely compete; and with the proper inputs can make some big strides for Belize in international female competition.