The Ministry of Education says the teachers are circulating “misleading information,” and the BNTU says Education officials are putting out “disingenuous … inaccurate information” 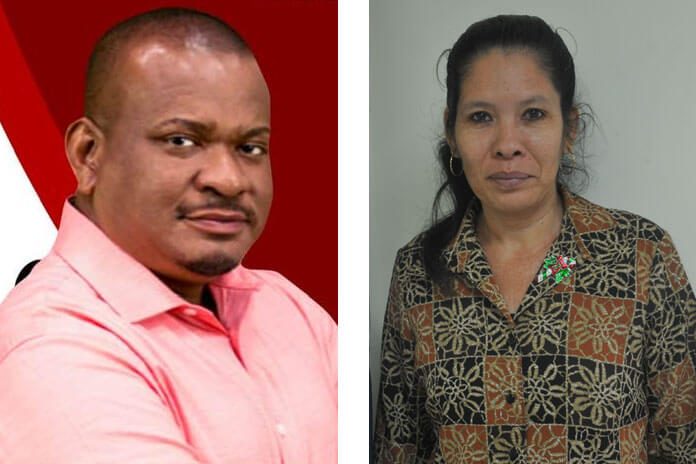 BELIZE CITY, Mon. Jan. 27, 2020– There is tension brewing between the Belize National Teachers Union (BNTU) and the Ministry of Education (MoE), and both sides fired off press releases today, castigating each other.

BNTU national president, Hon. Senator Elena Smith, told Amandala in a telephone interview tonight that the union’s “position remains unchanged, because we have not gotten any acceptable response from them. We have met with the Ministry, but it was only for them to tell us what they are going to do. Those matters have not been fully ventilated.”

The BNTU leader went on to explain that the union met with its membership countrywide on Friday. She said, “We are to get that final decision from our membership very soon. Whatever is the majority decision, that is what we will go with. We are not ruling out anything.”

The MoE issued its press release under the caption: “The Ministry of Education notes the wide circulation of misleading information presented to teachers in order for them to make a decision.”

The release said that the Ministry requested and held meetings with stakeholders, including the BNTU, and shared its intention to address the three pressing issues coming from the BNTU and management authorities.

According to the release, the MoE expressed its intention to address the following: 1. Adjusting the education rules that will empower the Chief Education Officer to change the vacation period. This would address those years when the holiday would be two weeks. The current rule, in place since 2000, means Christmas holidays would be two or three weeks depending on what day of the week Christmas falls on, as per sub-rule 132 (4), Education Rules 2000, as amended.

2. Ensuring that adequate provisions are made for managing authorities to quickly replace a teacher under extended emergency conditions of one month or more. This is already in effect, and is part of the policy. The intention is to change the policy to a rule.

3. Exempting teachers with full licenses who have already served beyond the two-year probationary period from having to renew contracts every five years.

The MoE release went on to explain that an amendment to the Education Rules must be done by a Statutory Instrument signed by the Minister of Education.

“There is no S.I. as yet. Any action in protest of what may be the content of the S.I. would be premature, given the ongoing dialogue,” the MoE release added.

The release also explained that “It was agreed at the December meeting to waive the Continuous Professional Development (CPD) requirements for the renewal of full licenses that will expire in 2020. It was also agreed that the way forward regarding CPD requirements for full licenses expiring in 2021 would be discussed subsequently.”

The MoE release stated, ‘The Ministry of Education has made it clear that teachers are deserving of the vacation periods due to them. The children are also entitled, at the very least, to 180 school days as prescribed in the regulations since 2000. Any adjustments that will be made must be balanced between our obligations to the children and the teachers. The Ministry believes that our children can achieve more with more school days and quality teaching.”

The BNTU, however, lashed out with a press release of its own that it captioned: “BNTU responds to MoE Disingenuous Release.”

The BNTU release opened saying: “The Belize National Teachers Union (BNTU) wishes to register its disgust with the inaccurate information put out in a release today by the Ministry of Education (MoE) regarding the areas of concern that were brought to their attention by our Union. We wish to set the record straight on what has occurred and assure our members and the general public of the Union’s genuine intent and the professionalism in handling the business of our teachers.”

“The BNTU was informed by the MoE of their intent to make changes to some areas of the Education Rules, through a Statutory Instrument (SI). At the time of the pronouncement we were left unaware, even after several attempts for information about what those changes would entail. It was not until we pressed the matter that we were invited to a meeting with Minister Faber and the MoE senior management team, scheduled for December 9, 2019, that the proposed amendments were shared the Friday night before,” the release further said.

The BNTU release added, “At that meeting, the Ministry’s legal counsel formally presented the contents of the proposed amendments and shared the ‘intent’ of the changes. Those amendments, if signed off on as an SI, would address: 1. Emergency Appointments; 2. Vacation Rule; and 3. Signing of Contracts.

“The amendments all spoke to issues previously flagged by the BNTU, and some areas especially so after the Ministry’s recent move to have the teaching force renew licenses and sign contracts every five years. The other matter which was raised and addressed by the meeting was the concern of the 120 CPD requirements for those teachers who would have to renew their licenses in the 2020 calendar year.

“During that discussion, we were able to get a commitment from MoE for the requirement to be waived for the 2020 renewals; MoE, however, shared in no uncertain terms, and contrary to what was said in their press release, that come 2021, those teachers would have to show proof of their acquired 120 CPD hours. This was backed up by MoE Memo Re:GEN/06/2019 (132) Vol11.”