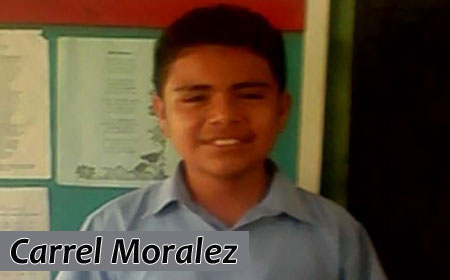 BELIZE CITY, Wed. June 10, 2015–In the mid-week edition of Amandala, we introduced to you Gabriel Hope of Bernice Yorke Institute of Learning, the top performer in this year’s Primary School Examination (PSE). Now, we present to you the aspiring scientist who attained the second highest score in this year’s PSE – Carrel Moralez, the 11-year-old student of San Narciso RC School who also got the best grade for his school and his district.

Moralez was ecstatic when he received his results on Tuesday morning. He told us that he was expecting to place among the top performers, because he had worked very hard. He told us that he reads a lot, and does a lot of extra work outside of school.

San Narciso RC’s principal, Gregorio Moralez, is celebrating not just because one of his 50 students who sat the PSE got the second highest score, but also because Carrel happens to be his nephew.

Principal Moralez, who has been principal at the school for the past 5 years, said that this year is history in the making for them. He said that for the past few years, they have been working to improve their performance. Each year, he challenges the school’s Standard VI class to outperform their predecessors, and each cohort does take up his challenge.

While a student was presented with a district award and a special award for attaining a perfect score in Social Studies 2 years ago, this is the first year they have placed so highly on the PSE, Moralez told us.

His nephew, Carrel, who is the youngest in his graduating class, will present the valedictory address at their commencement exercise this Sunday.

Carrel commutes with his uncle, who has also served as an instrumental mentor over the years. Principal Moralez told us that most of the time, Carrel is in the computer lab while waiting for him in the evenings, and he is always browsing high-level science information. 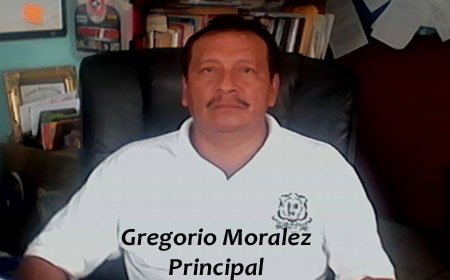 His uncle said that ever since Carrel was in Std. IV, he advised him to begin preparing for the exam. He saw potential in the boy, and he expected him to excel.

While the trend shows that private schools tend to capture many of the top spots in the PSE, and while urban schools seem to generally do better than rural schools, there are three important elements which helped to ensure the success of this rural public school student: his personal dedication and commitment to his studies, the hard work of his educators, and a strong family support system. These were the same elements which Gabriel Hope, the top performer, told us ensured his success on the PSE.

Carrel’s teacher, Alfredo Ek, ensured that they covered the material they needed to cover in order to prepare for the national exam; and he also had the help of his parents, Arelie and Amilcar Moralez. He thanks the Almighty for the blessing of success, as well as all the teachers who have worked with him and who taught him over the years. He also recognizes the support of his extended family – his aunts, uncles and grandparents.

Carrel Moralez—who has set a standard of excellence not just for his schoolmates but also for his two younger siblings—plans to attend Corozal Community College next year, and he pledges to continue working hard. He told us that he has always been fascinated with science, and he plans to major in chemistry and physics in high school.

His uncle has committed to continue keeping him on track with regular follow-up to help ensure he does not get distracted.

Principal Moralez told us that the child who got the second highest ranking in the PSE for their school, Axel Ewan, the salutatorian of the graduating class, comes from a very humble family and he is very focused as well.

However, he told us that one of the factors that is limiting the progress of some youth is the inability of some parents to help their children after school, especially in cases where both parents work and are unable to sit with their children in the evenings to supervise and assist with schoolwork. This means that one of the three critical elements for the child’s success is missing, and the lack of guidance means that those children might not likely attain their true potential.

It is the hope that Carrel Moralez’s success will inspire others from his community. He will be presented with a special plaque, certificate of appreciation and gifts on Sunday. Other top performers will also be similarly showered with accolades and awards for their accomplishments.

It is, however, customary for the Ministry of Education to recognize the top performers in each of the six districts.

CLICK the image below to navigate our STORY MAP/APP