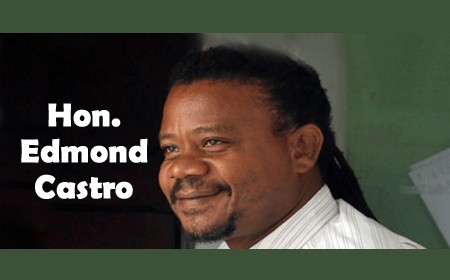 BELIZE CITY, Tues. Apr. 11, 2017–Amandala has been informed that thieves made off this weekend with two laptops and a series of passports which were in a vehicle allegedly owned by Minister of Transport and National Emergency Management, Hon. Edmond Castro.

According to sources, thieves broke into the Minister’s vehicle while it was parked at the Barry Bowen Municipal Airstrip in Belize City, sometime between Sunday night and early Monday morning.

When Amandala contacted Castro requesting a comment, he simply hung up the telephone.

His daughter, Shanee Castro, has been on Facebook slamming various media outlets for reporting the matter.

When Amandala spoke to her, she told us, “I don’t have time for an official comment; what you see on Facebook, go with that.”

As we go to press tonight, we are unable to confirm how many passports were stolen and to whom they belonged.