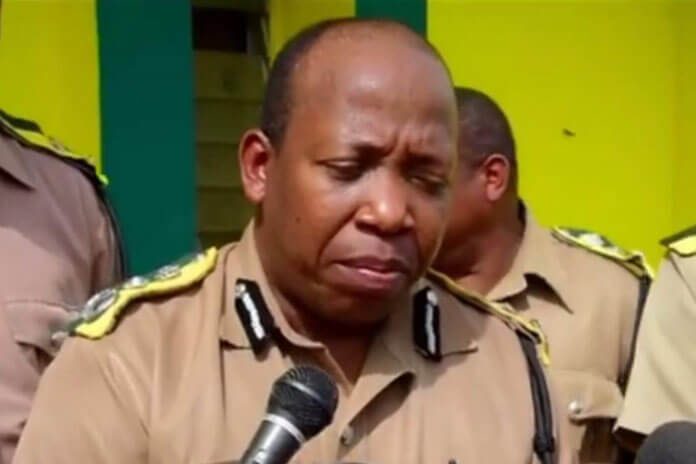 SAN JOSE SUCCOTZ, Cayo District, Thurs. Dec. 12, 2019– Residents of San Jose Succotz, which is in close proximity to the Belize-Guatemala border in the western part of the country, are angry and up in arms because Guatemalan bandits frequently come into the village to hold up and rob villagers, and steal vehicles, which are then smuggled into Guatemala.

The village chairman, Wilson Pott, said that yesterday, men believed to be bandits from Guatemala were seen scouring the village and taking photos of homes and vehicles parked in some yards.

The men were seen in the village a day after a resident, his wife and children were held up in their home on Monday night by three armed, masked men, and his vehicle was stolen.
News of the activity of the Guatemalans in the village quickly spread, which angered the residents, and there was a meeting and police were consulted.

The residents armed themselves with their machetes and along with police, patrolled the village to find the Guatemalans.

Pott said that they would not be intimidated, that they are a peaceful people, but they are tired of the crime, and want to send a clear message that they will no longer tolerate the entry of the Guatemalan bandits into the village to commit crimes.

This evening, the Commissioner of Police, Chester Williams, who went on a tour in the village, said that some action has been taken to deter the criminals, and some measures were put in place to prevent the smuggling of stolen vehicles out of the village.

Police said that in less than two weeks, five vehicles have been stolen. In each case, the thieves, who have been identified as two Guatemalans and a Belizean, came into the village and took pictures of their target vehicles, after which they returned and held up the unsuspecting vehicle owners, and smuggled the vehicles into Guatemala to a “chop shop” in Melchor De Mencos, where the vehicles were made to “disappear.”

Police said that, since the robbers have now been identified, they now are focused on finding them.

The theft of vehicles from villages along the Guatemala-Belize border has become a widespread problem.

Police said vehicles stolen from San Jose Succotz are driven through the shortcut to Benque Viejo Del Carmen, into Arenal and straight through to Guatemala, where there is no police presence and the bandits can proceed unhindered with the stolen vehicles.

The chairman of Arenal, Lucio Sanchez, said that they often see vehicles speeding through the village towards Guatemala, and then later, they are informed that the vehicles had been stolen.

Commissioner of Police Chester Williams said that police are taking firm steps to address the Guatemalan criminal problem. He said that the back roads used by the bandits to take the vehicles into Guatemala are easily accessible, and these roads have now been blocked — trenches have been dug in the roads to deny the criminals easy access to Guatemala.

Also, the shortcut road from Succotz to Benque has been cut off.

Yesterday, Compol Williams held a meeting in San Jose Succotz with the residents and elders of the village, and a plan of action has been put in place.

ACP Marco Vidal said that police are collaborating with Guatemalan police, who are investigating the vehicle thefts as well.

Guatemalan police are aware, Vidal said, that the robbers are from that area of Guatemala and that the vehicles are being taken through Arenal. He said that soldiers of the Belize Defence Force will increase their patrols of the back roads and the outskirts of Succotz.

More police, he said, will be supporting Succotz police to patrol in and around the villages.