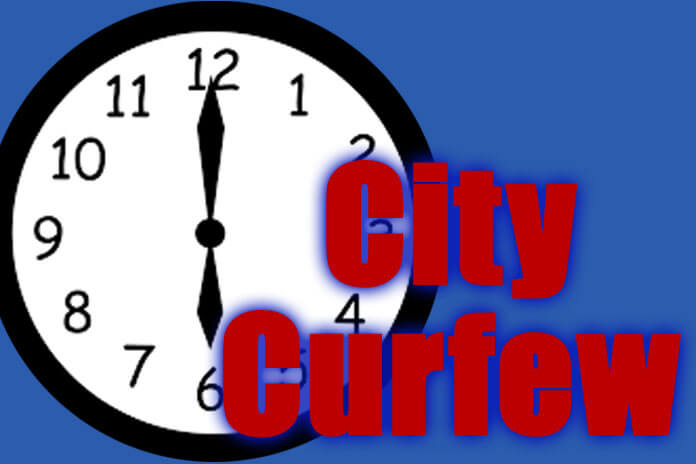 BELIZE CITY, Wed. Mar. 25, 2020– A regulation which was signed and enacted today, has established a curfew that requires children 16 years and under to remain indoors from 6:00 p.m. to 6:00 a.m. Children seen on the street must be along with an adult, and not alone.

Commissioner of Police Chester Williams and Deputy Commissioner of Police Edward Broaster, in explaining the curfew arrangement to the public, said today that, “Parents and guardians are reminded that it is now an offence for minors, children 16 years and under, to be on the street or in public places unsupervised and without an adult from 6:00 p.m. to 6:00 in the morning.”

The announcement was made by Commissioner of Police Chester Williams, who said that the curfew is for the protection of the children countrywide.

Hon. Michael Peyrefitte, the Attorney General, has highlighted the fact that “it is a curfew for children, and not for people, but if the children are made to break the curfew, that is, if they are found on the street unaccompanied by a parent or guardian, then there will be problems for their parents or guardians. The child will not be arrested, but the parent or guardian will be charged.”

Exemptions will be made in instances when a parent or guardian is forced to go out and must take the child with them.

This is not the first time that the Commissioner of Police has enacted a curfew in Belize City. In July last year, a curfew from 6:00 p.m. to 6:00 a.m. was announced following a spike in crime and murder. At the time, Commissioner Williams said that some minors were engaging in violent crimes, and he was doing something about it.