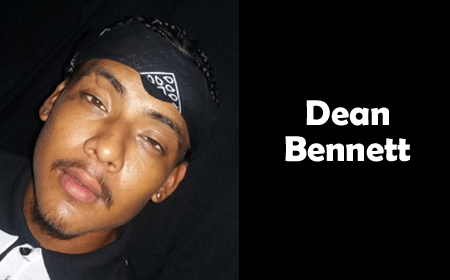 SAN IGNACIO, Cayo District, Thurs. Sept. 14, 2017–Yesterday, an unidentified corpse was recovered from the Macal River not far from the new bridge (which is unnamed) in Santa Elena.

Police said that when the corpse was recovered, it was in a state of decomposition and had stab wounds in the chest, abdomen and back.

A post-mortem exam was conducted, which certified that the death of the unidentified man was caused by stab wounds to the left side of the chest. Police believed that the man was murdered and disposed of in the river.

This afternoon police reported that Salusciana Jimenez, a housewife of San Ignacio, said that the dead man was her son, and he was Dean Emmanuel Bennett, 20, of San Ignacio. She positively identified him by the tattoos on his body.

She told police that he left home on Saturday and never returned.

Dean is the brother of Daniel Bennett, who went missing on March 11, 2017, and to date, his whereabouts remain unknown.

Police have begun an investigation into the murder of Dean Bennett.