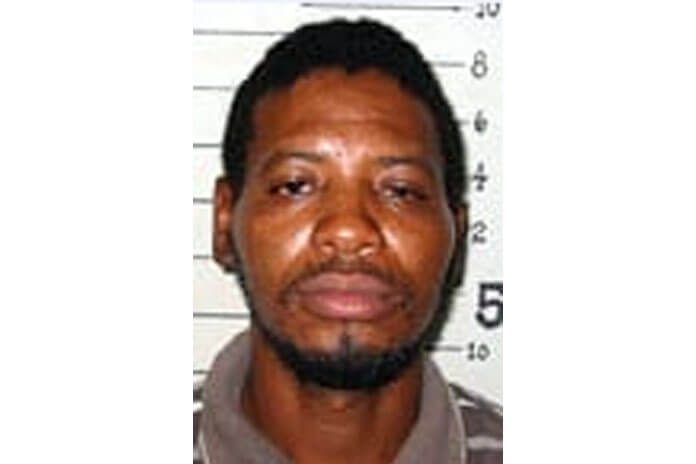 Kelly was seeking a pardon for killing Chinese grocer Li Ron Chong, 42, during a robbery in 1999

BELIZE CITY, Fri. Nov. 29, 2019– This afternoon, there was a sentencing hearing for a former death row inmate who has spent half of his forty years on this earth behind bars after he was found guilty of murder and was sentenced to death.

Shortly after 2:00 p.m. this afternoon, the Supreme Court of Justice Colin Williams began the resentencing hearing for convicted murderer Andrew Kelly, who was initially sentenced to death by hanging.

Kelly’s death sentence, however, was commuted to life in prison following his appeal. Kelly not only appealed against his sentence, but engaged in a constant battle against his death sentence and became the first prisoner from Belize to write Queen Elizabeth seeking a pardon to avoid the hangman’s noose.

With the change in the old law for capital offences, Andrew Kelly and all other prisoners serving life sentences must be re-sentenced and given a fixed prison term. While hanging remains on the law books of Belize, it is doubtful that it will ever be carried out again, given the changes in the law.

Furthermore, there are no gallows at the Belize Central Prison. The old gallows are completely rotten and useless.

At the end of the almost three hours of hearing, Justice Williams declared, “I will spend some time with this,” before setting December 19 as the date when he will pass a new sentence on Andrew Kelly.

Sylvestre called two witnesses to give evidence on Kelly’s behalf. The convict, Kelly, also took the witness stand, giving the court a rare insight into the mind of a convicted murderer and the efforts, the prison had made at rehabilitating him for possible re-entry into society.

In 1999, the teenaged Andrew Kelly was one of those young persons who literally fell through the cracks and became entangled in the criminal justice system. Due to the harsh conditions in his home, Kelly ran away. Without even a complete primary school education, he became involved in crime to survive in the mean city streets.

Around the end of March 1999, Andrew “Outlaw” Kelly, along with two other men, went on a robbery mission. In the process of the robbery, Kelly shot and killed a Chinese grocer, Li Ron Chong, 42. The robbery occurred at Chong’s business place, located on Jasmine Street in the Lake Independence area.

Kelly was apprehended by police for the murder, but would later “escape from lawful custody,” adding to the catalogue of offences he had committed.

The first witness Sylvestre called to speak on Kelly’s behalf was Kirk Augustus, who is attached to the Violence Reduction Unit at the Department of Youth Services.

Augustus told the court that he has known Kelly for a long time “through mutual friends since we were very young.”

Augustus said that from time to time he would visit Kelly at the prison on Family Day occasions, and during such visits, they would talk about the progress Kelly was making in learning about the Bible.

Kelly would be suitable for the Youth Services Department’s mentorship program, Augustus told the court. He mentioned that on several occasions Kelly had told him that he liked what he (Augustus) was doing to assist young persons, and that he (Kelly), would like to help some of the young people.

The next witness to take the stand and give evidence on Kelly’s behalf was attorney Richard “Dickie” Bradley.

Bradley began his testimony by telling the court that Andrew Kelly has been “to hell and back.” Bradley explained that he got to know Kelly when he was a minister of government and the management of the prison was under his portfolio.

Bradley, glancing across at the convict in the dock, recalled that Kelly wrote to the Queen and got a response, in which he was told what to do about his circumstances in the prison.

Bradley went on to testify that Kelly “was uneducated and couldn’t even pull off a robbery with a gun,” and that the prison that he entered in the late 1990s “was the closest thing to a hell hole.”

Bradley testified that he has been a member of Amnesty International for many years, and that in Belize, no one had any formal training on how to treat prisoners; instead, “they were controlled through fear and brutality.

Kelly had committed the worst crime, “he took the life of another human being,” Bradley said. He then told the court that this is the first time that he has taken the witness stand, then he stated, “if Andrew Kelly regains his freedom and comes out here and commits another crime, he would be a strange human being; if he has not learned his lesson after being locked up for 20 years, he will not learn it again.”

Bradley told the court that Kelly never knew the love of a mother or father, and that he, Bradley, “was surprised that he has children of his own.”

When Andrew Kelly took the witness stand, it was to express his desire to return to society so he can become a useful citizen and be of assistance to young people, a point he would make reference to multiple times in the almost one hour he was on the witness stand.

Kelly spoke with much sadness about his children, with whom he has practically no relationship. He mentioned that one of his daughters doesn’t want to even visit him in prison, because she said he was not there for them.

Kelly also testified that he was sorry for the harm he caused his victim, and told the court that he had written to the victim’s family expressing his remorse and asking for their forgiveness.

Justice Williams asked him if he had thought about a place where he would live when he regains his freedom, and Kelly told him that he has his family’s yard.