Don Hector’s “blast from the past” 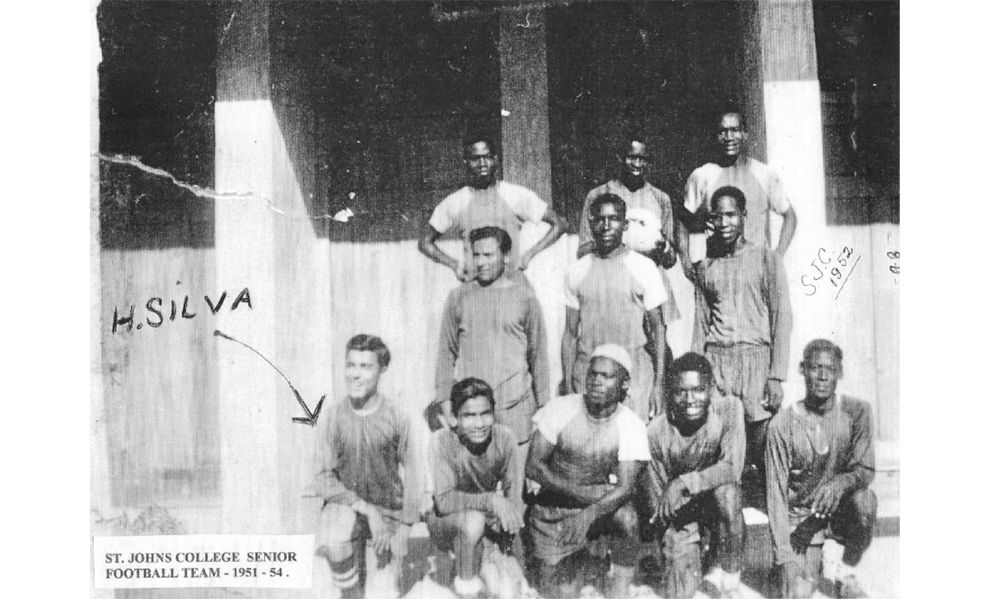 (With his kind permission, and minor editing for clarity.)

BY REQUEST OF A RELATIVE OF ONE OF THE FOOTBALL PLAYERS IN THE PICTURE, HERE I GO AGAIN.

This was that period when St. John’s College excelled in Belizean Sports.

In Basketball SJC was TOP. – In Calisthenics SJC was TOP. – In Cross Country Bicycle we produced a Champion in the person of Clinton Castillo. – In Boxing, again SJC was top with such greats like Fred Hunter, Johnny Hyde and others. IN FOOTBALL SJC PLAYED IN THE TOP CITY COMPETITION and CAME SECOND BY ONLY ONE GOAL DIFFERENCE TO PRESTON, THE THEN SUPER CHAMPION.

In the picture, from top row to front row are in the following order: