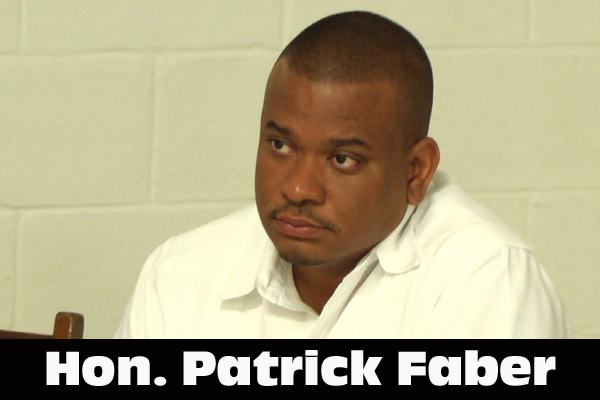 High school dropouts, males especially, are considered particularly vulnerable to crime, drugs and other social ills. Several studies done by researchers have determined that keeping young people in school at least until they are 16 years of age, drastically reduces the likelihood that they will become juvenile offenders.

Another matter of concern is that high school dropouts normally get dragged into the cycle of poverty since they are at a great disadvantage in the attempt to earn a decent income. The Ministry of Education is making an effort to address these trends. Presently it allots funding by applying the district poverty rate to each school’s enrollment. But, because poverty is not evenly distributed among schools, some who don’t need it are getting an above average allocation, while some that may have poorer students are not getting enough.

This morning, at a breakfast meeting that was held between officials of the Ministry of Education and the media, the Ministry unveiled a Secondary Education Finance Reform Initiative. It’s a program through which the Ministry is seeking to assist all students and their parents to make education more affordable.

Minister of Education, Hon. Patrick Faber – who described the program as a “trailblazing initiative” –explained how the plan will work, and stated that his ministry will be partnering with the Ministry of Human Development, Poverty Alleviation, and Social Transformation to carry out the initiative. Faber said, “This initiative – which is phased over 7 years –seeks to level the playing field of secondary education financing by allocating public resources to secondary schools on a per student basis and including [a] compensation component of additional funding for students identified as having academic or socioeconomic need. Related to this secondary education finance reform, we are currently engaged in negotiating with secondary schools a restructuring and capping of secondary school fees. This we proposed to include waivers of fees for students identified as having socio-economic need.”

While making his presentation, Faber also felt the need to reassure the public that the Ministry of Education stands ready to work with the teachers and their union despite the comments that were made about him at the nationwide rallies that were held over the course of last month. Faber stated, “The ministry remains committed to working with the BNTU. I know that that is something that you have as great concern. A lot has been said by union officials on the rostrum and the podiums of these rallies.

“Let me assure you that as Minister and as head of the ship of the Ministry of Education, I don’t take any of it personal, that in fact, as I think Winston Churchill once advised, that when there are these kinds of events, of course he was talking about war, I am not talking about war, that you don’t get distracted by all of this noise and trying to defend.

The ministry has also come up with a formula for the grant allocation to the respective schools under the new initiative. It includes a school services component, a compensation component and a performance bonus. The schools services component will be paid to each school based on the number of students enrolled. Education CEO, David Leacock, explained the compensation component in relation to the school fees. Leacock said, “Schools have all of [these] fees that they charge for all kinds of things from supplementary fee which could be just about anything. Basically it’s to help them meet operating costs. What has happened over the years is that almost without fail schools used to increase their fees and although the law says that they should ask for permission and should give one year’s notice, in many instances that was not being followed. What we have proposed is to come up with a standard fee across schools and that would cover everything. Everybody would pay the same fee. It may vary slightly from school to school depending on what the school is offering and so on. It could be reduced from what many are paying right now and furthermore using this methodology that was described today, students may qualify for being exempt from paying all or part of the fee depending on the level of poverty.”

According to CEO Leacock, these negotiations with the schools on fees are still ongoing and should be completed by August.

The Ministry will embark on a household survey amongst the students called the proxy means test, where the student will be ranked based on need, and financial assistance will be granted accordingly.

The program is slated to include proposals to revise and streamline fee schemes in high schools, school subsidies and grants and payment of examination fees for students taking the Caribbean Secondary Education Certificate (CSEC) examination.

The financial aid program is set to come into effect in 2015.