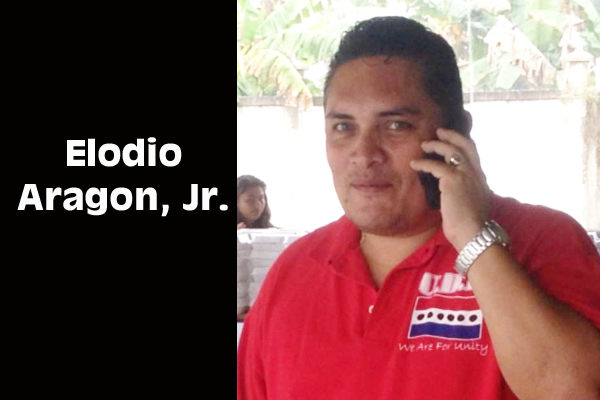 The governing United Democratic Party (UDP) held a standard-bearer convention for the Orange Walk East division on Sunday at the Louisiana Government School. After the ballots were tallied, Elodio Aragon, Jr., emerged as the new UDP candidate for Orange Walk East.

Aragon, who resigned from his public service job as Deputy Commissioner of Police to enter the political arena, told Amandala that he wanted to thank the UDP voters of Orange Walk East for supporting his candidacy.

In reference to his opponent, Aragon added, “he is a good candidate and it was a great race.”

The constituency has almost 7,000 registered voters.

Asked how hard it was for him to step down from his post as the number two man in the Police Department, Aragon said it was one of the toughest decisions that he had to make.

“I want to see the area develop; that is why I made the decision,” he said.

Aragon described the huge turnout as a victory for the people, on behalf of whom he now has to fight to ensure that they get their fair share of the resources.

Orange Walk East elected the PUP’s Dr. Mendez after the UDP’s Marcel Cardona fell out of favor with Prime Minister Dean Barrow and was stripped of his ministerial rank. Cardona had succeeded the PUP’s Dave Burgos in 2008.