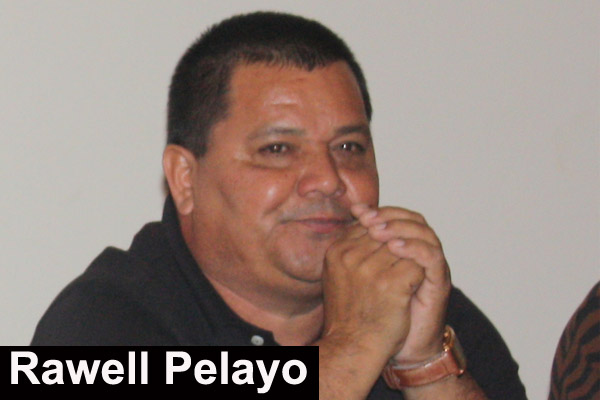 There are big problems in the Football Federation of Belize (FFB), and, while we supported the sincerity of President Ruperto Vicente, complaints keep coming to our sports desk from various quarters. So far, we have been reluctant to dwell on the negative with the new administration; but it is not new anymore. Where there is much smoke, there usually is fire; so we have decided to print the below contributed article.

by “Passion for Football” (name withheld by request)

BELIZE CITY—On March 15, 2012, two well-known gentlemen in Belize’s football circles, namely Luis Peña and Cruz Gamez, had the satisfaction to see their hard work and dedication come to fruition, ensuring that each district had a legitimate slate to vote in the re-elections of the FFB. A lot of other people do not know about these two gentlemen, and soon I will write an article sharing how these good men, lovers of football, took on this arduous task, and when the finish line was on the horizon, how the opportunistic (Premier) League and Super League guys took over the show and fought for power to remove Peña and Gamez, and take over the presidency of the FFB. To make a long story short, in order to form one “strong” slate out of two that were about to contest the elections against Dr. Chimilio, these guys were boxed out by the League at a meeting held at the Police Training Academy in Belmopan. The story goes on to tell that these guys joined forces with the other “dissed” members and, under the perseverance of Denise Flores of Stann Creek, formed a slate to contest the FFB elections. It should be noted that Luis Peña, who was running for office, realized the importance of four votes which were urgently needed, and, as such, stepped down from contesting, and gave Rawell Pelayo his seat.

A lot of people recognized the hard work of the members of this new slate, who took money from their pockets for this cause, for the love of the sport, and because they knew how to administrate the sport; and as a result, three of the five members were victorious at the March 15, 2012, elections, namely Rawell Pelayo (Vice-President), Marlon Kuylen and Cruz Gamez (Executive Committee members).

There is this belief in Belize City that only Belize City people can run Belizean football, a belief that has proven incorrect, and which Belizean people have not only seen but experienced themselves. Football under the past administration was bad, but under this new administration it is even worse.

In the beginning of the term, it all started good, with meetings, formation of committees, etc.; but then, when the Executive Committee of the FFB (apart from the President) started working professionally in their capacities, it all fell apart; because the President and his GS (General Secretary) got scared of how the other Executive Committee members were working, and, as such, the President, who has no vision and no administrative skills, felt threatened. Being a good referee does not make you a good administrator, and instead of appointing an educated General Secretary with the capacity to properly advise, administer the secretariat, and handle the finances of the FFB, he chose one with a bad reputation that had problems financially running the Super League.

The GS is the face of the FFB. He is the one who makes things happen; the one with the intellectual capacity to administrate and to support the President; but when the GS lacks all these traits, there is chaos. Chaos coupled with insecurity has caused the President to ostracize Senior Vice-President, Sergio Chuc; Vice-President, Rawell Pelayo; and Executive Members, Marlon Kuylen and Cruz Gamez.

It is sad, because these are professionals with great football minds; but now, all decisions are being made without them. They have no clue as to the financial status of the FFB; they are not invited to meetings; and worse, no FFB Executive meeting was held since January until a couple weeks ago, which is almost six months apart.
It seems we are back to the way the previous administration’s President and GS were running football. A sad case for our country and the sport we love so much. Drastic measures need to be taken! In next week’s edition I will share with the football community the irregularities within the FFB.