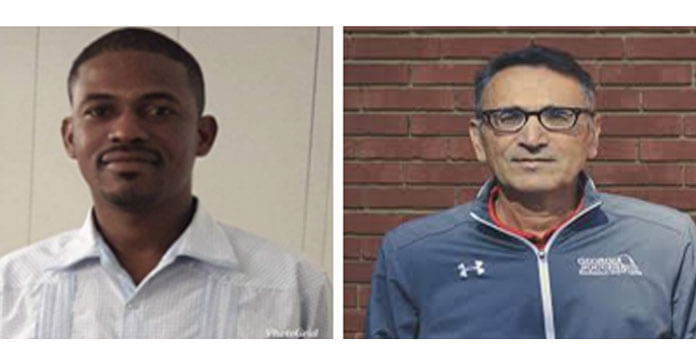 BELMOPAN, Wed. May 6, 2020– Background
In 2018, President Sergio Chuc and his executive members came up with the idea of creating a player development project that focuses on a Belizean playing style that can be successful on the international stage. Director of Georgia Football, Jacob Daniel was contacted by Vice President Cruz Gamez to implement and monitor a playing style with the FFB Technical Development Director.

Our Federation must develop a national playing style that everyone understands and embraces if we want to be successful. Our current approach, as most small federations, is like a “Ferris Wheel model”. Every cycle is the same with selections, camps, qualifying events, disbanding and waiting for next cycle to start. Like a Ferris Wheel going round and round without going anywhere, and starting each cycle from the same spot.

We must break this cycle and think long term and switch to the “destination model”. With this model, the work done in one cycle doesn’t get lost, and helps the next cycle start at a higher level. The resources and investment do not have to be much larger, just more effectively utilized.

The FFB is promoting a possession playing style and a 4-3-3 formation at the youth level, since this is the formation used by most of the progressive youth academies worldwide, and it is a good platform for developing players’ attacking skills. The focus will be on a patient possession game, building from the back and using a possession rhythm like high level international play, within the 4-3-3 formation.

The FFB Coaching Manual will eventually cover all the phases of the game plus recommended activities. The first edition is focused on the Build-Up Phase and the Penetration into the Attacking Third Phase. This edition expands on the themes of possession and penetration and has insight and sample activities, based on analysis of international youth standards.

This integration project teaches our teams to play a possession playing style, building out of the back, in a 4-3-3 formation. But the main feature of the project is not the playing style or formation. The main feature is that all the national age group teams and the District selections play the same playing style and use the same training curriculum. This helps develop consistency, continuity and creates a process for improving player development and a national playing style that everyone is familiar with. All the successful player development programs/academies in the world use this approach.

The 4-3-3 formation is the most common formation at the youth level. All the top club teams in the world start their process with a 4-3-3 formation. The advantage of this formation is that the workload is evenly distributed across all the players, it teaches more players the important attacking skills by having 3 forwards, and it is easy to switch to other formations if needed. It is also a good system to exploit speed by having fast wingers. It is a system that is suited for the Belizean players since our players like to attack and use speed. But, again, the most important aspect for success is that all the teams play the same way. The formation is a secondary issue.

Offensive or Defensive
It is an attacking system, but the key for success is that the players are taught the principles of attack and defense, and are quick to transition from attacking shape to defending shape. So, we attack in a 4-3-3 formation, and defend in a 4-4-2 formation.  We attack with at least 5 players and sometimes 6 players when a defender overlaps, and we defend with 10 players. Playing with 3 forwards gives us an option to press the other team high when we lose possession.

The ultimate objective is to raise the playing standards, sustain the higher standards over the long term and continuously improve. Such a project will create a legacy that doesn’t depend on who is in charge of the senior national team. It will effect long term stability with a system that doesn’t change every time a new technical person is in charge.

(Amandala Sports Ed. Note: Sounds like a good plan to build a strong foundation. Some exciting days ahead in Belize football, once we get past the dark cloud of COVID-19.)