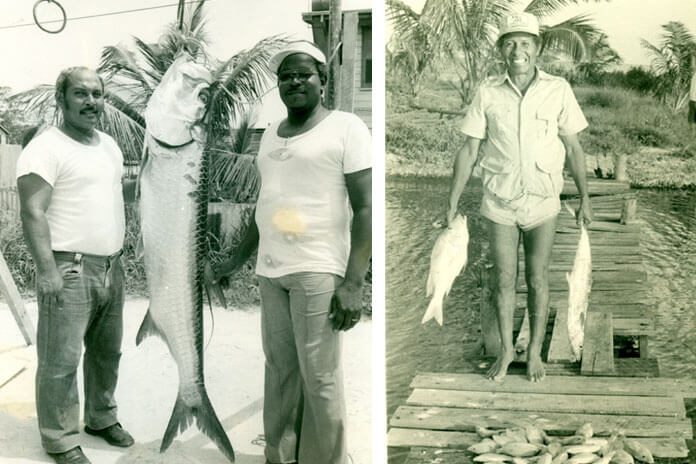 I have two younger brothers who dabbled in professional fishing back there in the 1970s, and perhaps even in the 1980s, but there was relatively little tourism in Belize back then, and the demand for fish and other marine products was not as overwhelming as it is today.
We brothers came from sea people on both sides of our family, and even yours truly used to think I was a passable fisherman back there in my teenaged years in the 1960s, but after checking out the professionals of these days, such as the fishermen from Sarteneja, for sure I know I could not have competed with them.

My views on tourism and fishing are severely minority views in Belize, so I don’t talk about these things often. But after seeing the great work by our fisheries regulations people on the television news Tuesday evening, I want to congratulate them publicly and profusely, because I know they are fighting against overwhelming odds.

Belize was a fishing paradise in my youth. In fact, our greatest benefactor, Baron Bliss, left all his wealth to Belize because he was so thrilled by the fishing here. (You know he never actually sat foot on Belizean shores, only fished our waters along with our local fishermen for a few weeks before he passed in March of 1926.)

These few fishing regulations people we have in Belize are, in effect, fighting against the world. The issue I want to mention today is how much pressure is being brought on our fishing situation in Belize because we are so focused on increasing the tourism numbers. More and more tourists, cruise and overnight and whatever, mean greater and greater demand for sea food: people don’t spend their money coming to Belize to eat hamburger or chicken: it is fresh fish and seafood that they’re after.

So the incentive to fish out of season, or use terrible weapons like gill nets, is huge, and growing. More tourists, more incentive for illegal fishing, because more reward. Compared to the republics south of us, Belizean waters are still bountiful, but our waters have much diminished in substance since my youth.

For my generation, the problem began with indiscriminate dynamiting of our reefs by the oil companies in the 1950s when we were still a colony run by the British. (I believe this information is now declassified.) The legendary Jake Rogers, (a fishing grounds south of Spanish Caye and north of Tobacco Caye), was one of the victims of the oil companies. Only the old, old fishermen know of this.

For my family, blessed as we were with access to Spanish Caye, nine miles south of Belize near Robinson Point, the glory of the situation was that we fished both for food and for sport. We ate what we caught. It was so fabulous. You do not know how nice fresh fish is when it is caught, cleaned, and cooked just out of the sea, until that luxury is no longer available. This is what has happened to our family. A couple weeks ago we caught two barracudas, surprisingly, on a trip organized by my brother visiting from Arizona. Everyone went wild on the taste of the fresh fish. It had been years we had not enjoyed such an experience.

I am one of those people who have a little Robinson Crusoe streak. I don’t like crowds, and I like nature in the form of our sea and our reefs. More and more tourism is placing greater and greater demands and stress on our sea and reefs. The thing is, if roots Belizeans were seeing and enjoying some of the profits from all these numbers being boasted of by the tourism politicians and bureaucrats, then I might be sympathetic.

But, I am saying to you that more tourism means more illegal fishing, and Belize does not have the resources and personnel to police our waters. When we make a bust like the Nassau grouper bust publicized on Tuesday, even if it is a token bust, it is a day for great rejoicing by old-fashioned Belizeans like myself.