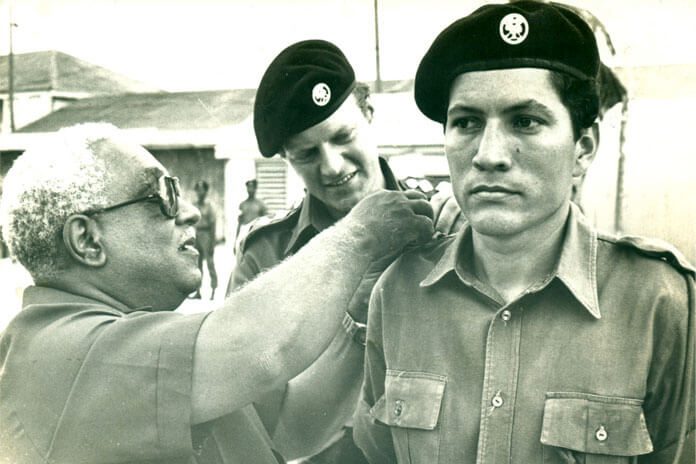 Some of the stories I’ve told you in this column over the years, it’s not as if I’m just taken up with myself. I’m entertaining you, making a living, with the writing gift the Lord blessed me with. The power structure here, the educators and the education system as such, which means the powerful Christian churches which control the schools, made it so that I could not make a living telling these stories under the cover of fiction. So, this was how this column evolved. Between 1969 and 1975, I was basically doing fiction, not this publisher’s column.

In a small society like Belize, when you write fiction what happens is that many, many readers are looking to see if they can link a fictional character to some real life personality in Belize. Fiction is, of course, ultimately derived from life experiences which have been real events in the writer’s life. When the writer does fiction, however, he enters into a kind of trance where the real life experiences and personalities become as one matrix in his creative reality, and it is from that matrix that the fiction flows. Fiction is its own reality. Compare it to a dream. Sometimes dreams are so vivid that, when you awake, your contact with an individual may seem totally vivid, even though that individual may have passed on to the afterlife years before.

Personally, I have never participated in African religious practices, which, it seems to me, bring the world of living reality and the world of afterlife spirits into a setting where they mingle with each other, interchangeably I would suppose. I saw participants in a dugu ritual in a Hopkins home one night a couple decades ago, and it appeared to me that perhaps I was too European in my DNA to give up my consciousness the way these dugu participants appeared to be doing. But, I can understand where African religions must have a powerfully healthy effect on the psyches of those who believe and practice.

Still, in the creative state the artist does enter a world where his spiritual self and his physical reality become like one. In that state, sometimes an artist sees things no one else does, no one has ever seen. Sometimes an artist actually becomes prophetic, if only subconsciously.

In Belize, we rate George Gabb’s “Sleeping Giant” sculpture as one of Belize’s most magnificent creations. The late George Gabb was gifted in other genres, such as the theatre; he also wrote a book of aphorisms which I consider very, very good. So, he achieved a national recognition which was exceptional. But, Belize is a society, all things being equal, where the powerful oligarchs are afraid of the humble artists, and we can see where creativity is not really encouraged here. The only powerful politician who was not intimidated by creativity, I would suggest, has been Said Musa.

There are many stories I have felt would best be told in a fictional setting. But in the mid-1970s I had to give up fiction in order to make a living and take care of my children. These thoughts are occurring to me today because the former Deputy Prime Minister of Belize, C. L. B. Rogers, lived a life which was so adventurous and colorful, and eventually powerful in the national context, that he would best be immortalized in a fictional work.

In mid-1969, the attorney Dean Lindo had challenged the incumbent, Hon. Philip Goldson, for leadership of the Opposition NIP, which held two seats in the House of Representatives at the time, Mr. Goldson’s Albert seat and Hon. Edwin Morey’s Toledo North seat.

When he lost, Mr. Lindo cried foul, and left the NIP. He set up his own weekly newspaper, The Beacon, downstairs of his law office on Church Street, and organized his own political party – the People’s Development Movement (PDM).

Strictly speaking, general elections were not due until March of 1970, but Mr. Price, the Leader of the ruling PUP, called the elections early, dissolving the House in early November of 1969, whereupon Mr. Goldson and Mr. Lindo formed a hasty coalition of their NIP and PDM (NIPDM).

When Mr. Lindo left the NIP, Dr. Colville Young had followed him and become an officer of the new PDM. During the campaign, the NIPDM one night at a public meeting produced a document with Mr. Rogers’ FBI record, which included a charge of attempted murder against a prison guard in an American Southern state.

I was not at the NIPDM public meeting, but I remember Assad Shoman, who was at the PUP public meeting when Mr. Rogers responded to the attacks, telling us in RAM (the Revolitical Action Movement) that Mr. Rogers’ rebuttal had been very effective where its impact on the crowd was concerned. Mr. Rogers said that he had been charged with attempted murder because of defending a fellow inmate from a racist prison guard. That is basically what I remember of Assad’s recount of Mr. Rogers’ response.

The point of the story is to give you a sense of how legendary Mr. Rogers was amongst the street people of Belize. He had come from the streets, and he was regarded as iconic because of his brains, his brawn, and his cool bravery.

Between 1975 and 1977, I got to know Mr. Rogers somewhat. I was running the Belize City streets with the late Ray Lightburn at the time, and Ray held Mr. Rogers in reverence. He adored Lindy. My situation was different, because, as leader of the insurgent UBAD organization/political party between 1969 and 1973, I had been going against Mr. Rogers, whose Ministry of Home Affairs was responsible for national security in those days. Mr. Rogers and I had been in conflict during those years, and as a result there was always an invisible barrier between us even when I was in alliance with the PUP, from 1975 to 1980.

I would say, in conclusion, that Mr. Rogers had a kind of chip on his shoulder where “soft”, middle class Creoles were concerned. I could understand this: what he had gone through to get where he was, the second most powerful politician in Belize, is stuff worthy of a novel.

There were other people in Mr. Price’s Cabinet, such as Louis Sylvestre, who preferred, or whom Mr. Price preferred, for their street pasts to remain unpublicized. Bottom line, beloved, the ruling PUP in those days of the 1950s, 1960s and 1970s was something special, and roots people loved them.

Feature photo: In this Government Information Service (GIS) photo from April of 1980, Deputy Premier/Home Affairs Minister, C. L. B. Rogers, pins an award on Francis Usher, an executive in the Holy Redeemer Credit Union (eldest son of the late Miss Jane), who was a lieutenant in the Belize Defence Force ( BDF volunteer section)
at the time.