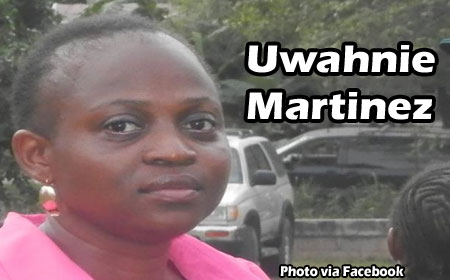 DANGRIGA–Controversy erupted out of the culture capital, Dangriga, this week over allegations that a Garifuna woman working at a major Caribbean bank, CIBC FirstCaribbean, with offices in Belize, had been barred from the public use of the Garifuna language within the institution.

The National Garifuna Council (NGC) issued a cautionary release on Tuesday, August 26, saying that it is “exceedingly bothered” by the allegations that the bank in question does not permit the use of the Garifuna language within the financial institution.

“This allegation is being taken seriously and the Council is investigating the matter,” the NGC said, adding that, “We will not stand aside and allow our rich cultural heritage to be disrespected by any entity, individual or organization, if that is the case.”

CIBC FirstCaribbean issued a statement today saying that, “The bank confirms that there is no policy within the CIBC FirstCaribbean that prohibits the use of Garifuna, or any other native language, within the bank. Our employees are free to use whatever language they are comfortable [with] within their private conversations.”

The bank’s country manager declined comment; says only that “an investigation will be undertaken…”

The bank also said, in the release, that it “encourages the use of the official language/languages of any country in our public settings, as a courtesy to all our customers and employees, particularly for conversations that are conducted within the earshot of a mixture of ethnicities.”

When we contacted CIBC FirstCaribbean country manager, Glen Smith, to clarify exactly what this means, to determine whether the bank, conversely, discourages the use of Garifuna in public settings within the bank, he declined to comment.

All Smith was willing to tell us was that, “An investigation will be undertaken…” He also declined to indicate how soon that investigation would be completed.

“Mr. Smith is shooting a lot of crap, that’s nonsense. He knows of it,” Dr. Theodore Aranda told News 5, in response to Smith’s assertion that they will investigate the allegation.

In his letter appearing on page 6 of this issue of the Amandala, Dr. Aranda addresses Smith on allegations of “the harassment and move to dismiss at least one senior officer of the CIBC FirstCaribbean International Bank, Dangriga Branch, Belize, Miss Uwahnie Martinez.”

Aranda contends that the bank objected to Martinez “answering greetings in Garifuna from Garifuna customers who address her in Garifuna within the bank.”

The bank, which also denies allegations that it had suspended the worker, says that it fully intends to maintain cordial relations with the Garifuna community, as well as the wider public.

For its part, the NGC said that it hopes there is no truth to the allegations, but if there is, it will ensure that all resources are utilized to obtain an apology.