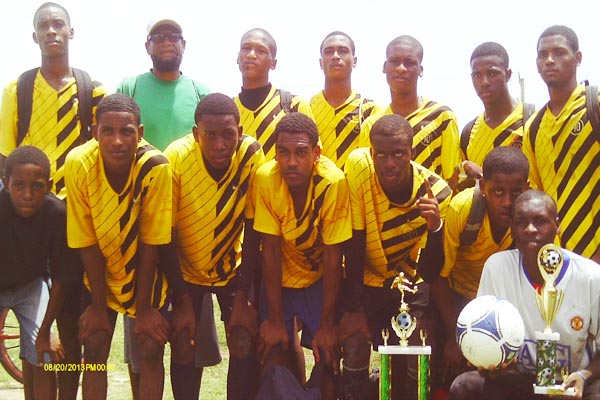 The CYDP U-18 Football Tournament climaxed today with the final of a 2-game series that was played between Hattieville FC and (Mahogany) Heights FC at the Hostel field beside the Racoon Street Police Station in Belize City.

After 90 minutes of competition, Hattieville FC outscored Heights FC 5-0 and received the 1st place trophy and a $300-cash prize. The goal scorers were Troy Augustus, Brandon Myers, Jeffery Buller, Richard Waight and Devaun Zuniga. Hattieville had also won the first game 2-1, which was played on Monday, giving them an aggregate goal difference of 7-1. Heights FC also received a trophy and a $250- cash prize.

The awards were handed out by Mr. Valdez and Ms. O’Brien from CYDP, who were the coordinators of the tournament.