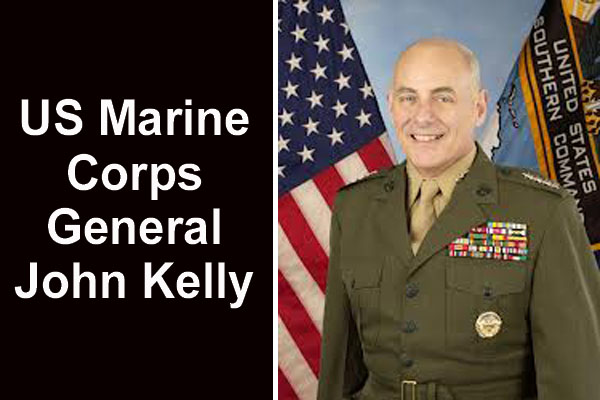 According to a press release from the US Embassy in Belmopan, US Marine Corps General John Kelly, Commander of U.S. Southern Command (SOUTHCOM), departed Belize today after a two-day visit that included meetings with senior Belizean and U.S. Embassy officials, as well as visits to security installations around the country.

This is General Kelly’s first visit to Belize since becoming SOUTHCOM’s Commander in November 2012. Previously, he served as Senior Military Advisor to U.S. Secretary of Defense Leon Panetta.
The release states that Kelly visited Price Barracks on September 4, where he met with Brigadier General David Jones, Commander of the Belize Defence Force, to discuss security challenges of concern to the U.S. and Belize, bilateral military cooperation, and U.S. security assistance.

Earlier today, the General met with senior civilian leaders at the Ministry of National Security to talk about the defense partnership, security engagement and joint activities between the U.S. and Belize, including the recently completed humanitarian assistance exercise New Horizons, which contributed to the well-being of the Belizean people and afforded both of our military forces opportunities to sharpen their skills while gaining valuable experience. A similar New Horizons exercise is scheduled for 2014.