Jesus Monteroso, 20, remanded for the murder of Daniel Cano, 27 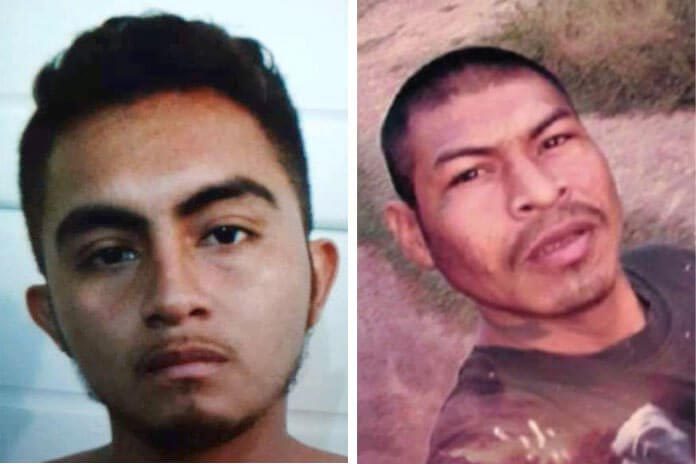 CONCEPCION, Corozal District, Tues. Feb.4, 2020– Jesus Monteroso, 20, a sales clerk of Paraiso, Corozal District, has been remanded for the stabbing death of Daniel Cano, 27, of Concepcion. He was taken this morning to the Corozal Magistrate’s Court, where was arraigned by Magistrate Ed Usher, who read the murder charge to him. No plea was taken and he was remanded until April 23.

The vicious stabbing occurred at the home of Antonio Anderson in Concepcion on Saturday night.

Anderson told the media that while he was drinking at his house, Monteroso came to the home and went to speak with Anderson’s sister-in-law, who is also the mother of Monteroso’s infant child.

At the time Monteroso went to the house, however, Cano was in a conversation with Anderson’s sister-in-law. He then left her and started to talk to Anderson’s wife, but Monteroso, who had seen Cano talking to his baby’s mother, became angry.

Anderson said that he saw the rage in Monteroso’s face and demeanor and warned him not to bring trouble to his house, and told him to conduct himself respectfully, or leave.

Anderson said that he went for a drink and saw Monteroso approaching Cano.

When Anderson returned, he saw that something was wrong with Cano, who then fell on the floor and said that he had been stabbed.

Monteroso then drove away from the house and Cano was rushed to the Corozal Community Hospital, but was declared dead on arrival.

Police then began to look for Monteroso, who was arrested on Monday and charged with murder for Cano’s death.

The motive for the stabbing was jealousy, said police.

Police were firstly investigating the incident as an act of self-defense, but after reviewing the file, the Director of Public Prosecutions instructed that the murder charge be brought against Monteroso.