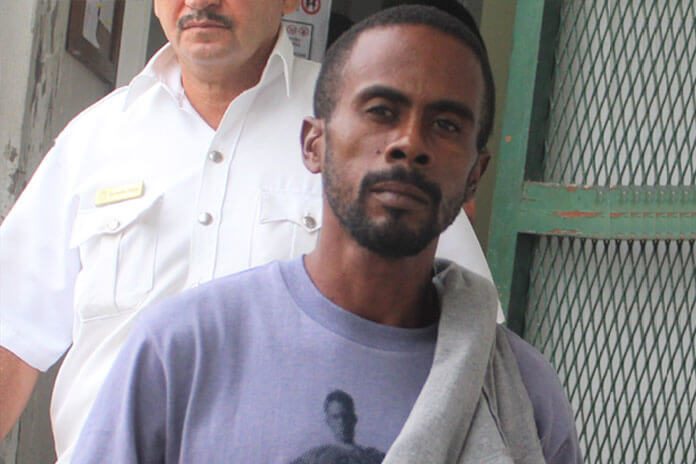 BELIZE CITY, Fri. Nov. 22, 2019– A jury of 9 women and 3 men deliberated for a little over three hours in the Supreme Court of Justice Colin Williams today before they returned to the courtroom to say that they had arrived at a unanimous guilty verdict in respect of the indictment of “use of deadly means of harm with intent to cause grievous harm” against Anthony Crawford.

Justice Williams has set Friday, November 29, as the sentencing date, and it is expected that the court will hear mitigation pleas on behalf of Crawford, who was out on bail and taken into custody after the jury’s guilty verdict.

At the trial, Crawford was unrepresented by an attorney, while the Crown’s evidence against him was led by Crown Counsel Riis Cattouse.

On Monday, Cattouse had empanelled the jury to hear the evidence in the case against Crawford. The case began on Wednesday.

The incident which led to the charge against Crawford occurred on November 13, 2016. On that day, eight shots were fired at a minor on Raccoon Street Extension.

While most of the shots fired at the 13-year-old missed, one bullet apparently grazed her in the face. The minor spent an overnight at the Karl Heusner Memorial Hospital, was treated and released.

In presenting its case against Crawford, Crown Counsel Cattouse called both the mother of the victim and the victim to the witness stand. Both mother and daughter testified that they had positively identified Crawford as the man who fired the shots.

In his defense, however, Crawford attempted to convince the jury that he was not the shooter. Crawford said he was at his house at the time of the shooting.

Even though he could have called a witness or witnesses to attempt to back up his alibi, Crawford did not do that, and the jury was not convinced that his alibi was truthful.