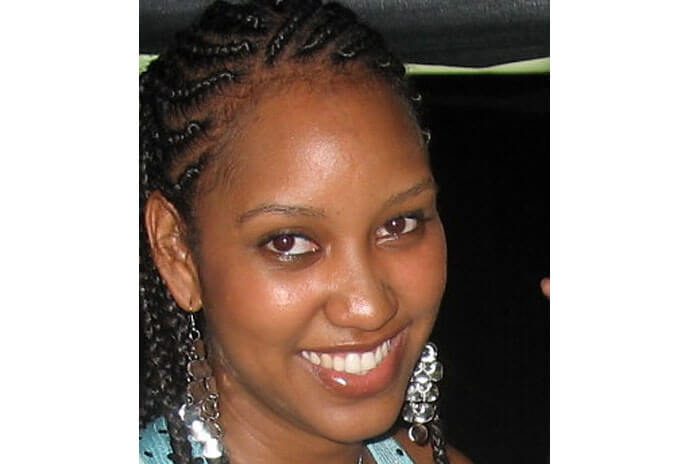 JAMAICA, Monday, November 25, 2019 (All Woman – Jamaica Observer)– Most women heading into their third trimester of pregnancy have a list of things that they want to get done before their due date — get the hospital bag ready, have a maternity shoot, do the last minute ‘nesting’ remodelling around the home, and so on.

But Kalilah Reynolds has more serious business to take care of before she gives birth to her third child, who is expected to arrive by February. The business journalist and executive producer has to ensure that her fledgling finance broadcast programme, the new YouTube and radio show Taking Stock with Kalilah Reynolds, is weaned from her direct supervision before she takes maternity leave.

Reynolds is no stranger to mothering on the rugged terrains of Caribbean media, as the Belizean native has been pulling a balancing act since she had her first daughter at 19 years old while in university.

“I had exams up until Christmas Eve, and my daughter was born on January 7,” she beamed to All Woman, as she remembered trudging through snow with a full-term pregnancy at Fordham University in New York, where she read for her first degree in media and communication.

“I was not used to snow, but it was not a problem because I was on a scholarship and I didn’t want to take a leave of absence and lose the opportunity.”

After completing her degree the new mother moved back to Belmopan, where an opportunity presented itself in radio — the area of media where Reynolds felt least comfortable.

“I had this big idea that I would be a big writer for a newspaper or magazine,” she laughed, recalling that she enjoyed writing since she was a preschooler and was inspired by Zee Edgell, the most popular author from Belize.

“But my first opportunity when I went back home was in radio. I didn’t like my voice and I felt like it was the weakest part of my persona, so I really didn’t want to be in radio.”

But by this time Reynolds (then Enriquez) was a single mother of a toddler, and the opportunity to host Wake Up Belize!, the country’s number one morning talk show, was too good an opportunity to pass up. Reynolds had to adjust very quickly to parenting a child on her own in a city away from her family.

“I had to branch off immediately and get going,” she said, snapping her fingers to demonstrate the urgency. “My show was 6:00 to 9:00 am, then I had newsroom duties after. I used to bring her with me to work and do little things such as comb her hair and make a little porridge during the break, then get one of my co-workers to take her to school. She was used to that drama because everywhere I went she had to be there.”

When the radio station branched off into television shortly after, Reynolds used the opportunity to add television presenter to her repertoire. After three years she moved to Jamaica to pursue her master’s degree at the Caribbean School of Media and Communication in Mona, and has made this country her home since.

“Belize and Jamaica are a lot alike,” she pointed out when asked to compare both her homes. “We have a shared colonial history, so a lot of things about our cultures are similar — the food, for example. But even though there were all these similarities, I had a bit of a culture shock when I came here.”

She was pleasantly surprised, however, by the top quality men that exist locally, particularly one orthopaedic surgeon, Dr. Richard Reynolds, whom she fell in love with and never looked back.

Setting down roots
Before long, Reynolds settled into Jamaican life and media. After completing stints at CVM TV and Caribbean Entertainment Everyday Network (CEEN TV), Reynolds started working at Business Access TV and Nationwide News Network, where she rediscovered the love she had for numbers as a child, and saw how she could break down seemingly complex terms for people to understand.

“In most of the newsrooms I worked, any story that would come that had to do with the economy, the budget book, or anything with numbers, they would say, ‘Oh give Kalilah, she likes numbers’. I became the de facto business and finance reporter,” she said. “I realised that I made business and finance easy to understand.”

She lamented that many people yearn to learn more about business and investing, but are turned off by how much they don’t know, which underscores the need for a translator like herself. In true businesswoman fashion, Reynolds decided earlier this year that she needed to capitalise on this demand and target a core audience — younger investors and women.

“I started #MoneyMondaysJa back in March to April when the Government passed the budget. It was a significant budget because there was a tax give-back, but many people did not understand what this meant for them. I took up my phone and started recording and decided that I would do this every week,” she recalled.

The video series did very well, and pretty soon @kalilahrey became one of the most sought after accounts on both Instagram and Twitter for financial advice. Earlier this year she conceived the idea of Taking Stock with Kalilah Reynolds — but that was not the only thing she conceived. She realised that she was expecting her third child while her teenage daughter was in one of her most critical years of schooling with CAPE and SATs, and her one year old was just getting the hang of things.

With nausea and fatigue looming over every waking moment of the first trimester, Reynolds thought maybe it was not the best time to start a new programme, but as she settled into the middle of pregnancy she found her footing and got down to business. The first episode of Taking Stock was launched at the end of October, and the executive producer is now nursing it and encouraging its growth. Both Taking Stock and #MoneyMondaysJa make finance easy to understand, in an environment where more young people are investing or seeking to invest.

“I just have to prioritise,” she said simply about how she juggles her passion and parenting. “I get tired from pregnancy and I have to manage my time very well to make time for my children, my husband and my career, but I am highly motivated right now. I know that I am working for the greater good. I’m helping people, and this is an area that many people need help with right now.”

While she is ticking off the business goals on her BB (before baby) list, Reynolds hopes that in the years AB (after baby), she will be able to move her company, Kalilahrey Media, into its own studio space and provide solutions for other digital content providers.

Reynold’s services are in high demand from the major financial players, with paid interview requests lined up for her shows. No one else is doing what she is doing — few people, if any, have been able to get the level of paid sponsorships for social media content that she is currently generating.

“My main goal is to help people,” she said.

She thought for a second then added: “To help people, and to make money doing it.”