Karen Bevans steps down as COO of BTL 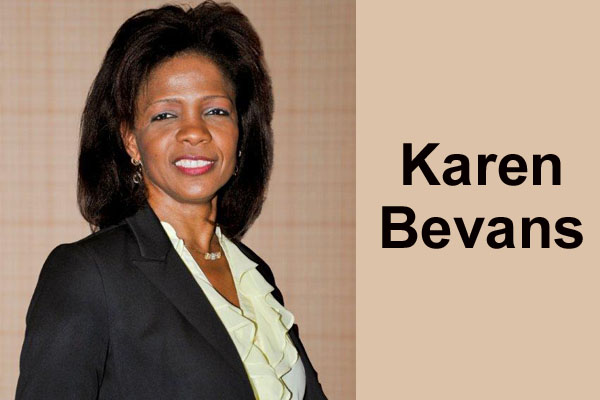 One of the senior executives of Belize Telemedia Limited (BTL) – the country’s largest telecommunications service provider – is resigning from her post after 25 years of service.

According to a press release which was issued last Friday, February 7, by BTL’s Board of Directors, Mrs. Karen Bevans, who has been the Chief Operations Officer at BTL since February 2010, has tendered her resignation, effective at the end of the financial year, March 31, 2014.

Since joining the ranks of the company in 1989, Bevans had become a fixture as she steadily ascended to her position during her long-standing tenure, and even as the company changed ownership four times between 2003 and 2009, her name remained synonymous with the company’s affairs.

In 2009, when Telemedia was nationalized by the Government of Belize (GOB), she was highly regarded as a capable senior manager, thus she had been positioned just under Executive Chairman, Net Vasquez, and Special Executive, Anwar Barrow, on BTL’s executive hierarchy.

Today, Amandala spoke with the Executive Chairman of BTL, Nestor Vasquez, who told us that the resignation of one of his most senior, highly-paid executives came as a surprise not only to him, but to everyone at the company.

He explained that both he and the Board of Telemedia have always enjoyed a great working relationship with Bevans – who he maintained has always done her job well.

Vasquez mentioned that Bevans told the staff in a meeting last Thursday, February 6, that she was leaving to go into “personal ventures” after which he said, “we merely accepted what she said in her letter since we have to be really appreciative for all she has done for the company over the past 25 years.”

The release stated that the Executive Committee will provide oversight of the departments in her portfolio, while the Board conducts a search for a successor. That Committee is headed by Executive Chairman Nestor Vasquez, and board members Anwar Barrow, Dr. Colin Young and Ambrose Tillett.

The release also said that Bevans will be engaged as a Special Advisor to the Executive Committee starting in April.

Vasquez told us that the Board welcomed Bevans’ offer to provide her services as an advisor and described it as “considerate” because of the amount of time that she has spent with the company. He stated, “the Board accepted the offer, and therefore, she will be retained as an Advisor for an additional 12 months. I think it was very considerate of her to come up with an offer like that and the Board was very glad to welcome that offer.”

In Bevans’ duties as an advisor, Vasquez explained, Bevans will be called upon to engage her services and provide professional advice whenever there are projects to be implemented by the company.

When questioned as to how Telemedia intends to fill the void of an individual whose 25-year career has been described as “stellar,” Vasquez said that the other two directors of the Board will fill the vacuum and continue working until someone can be hired to fill the gap. He stated, “The Executive Committee was enlarged with two more directors, Ambrose Tillett and Dr. Colin Young, so that they can provide oversight to the departments under her portfolio to assist us in getting all the information to the Board at our monthly Board meetings until we can find her successor.”

As stated earlier, this year marks the 25th anniversary of Bevans’ employment with BTL and according to Executive Chairman Nestor Vasquez, the company looks forward to her contributions in her new role with the company.

The press release quotes Bevans as saying, “I am sincerely grateful for the support I have received from the Board of Directors and staff, and am confident that BTL will continue to be the #1 Information and Communications Technology Company in Belize.”

We attempted to get in contact with Ms. Bevans via text, but up to press time, she had not responded.