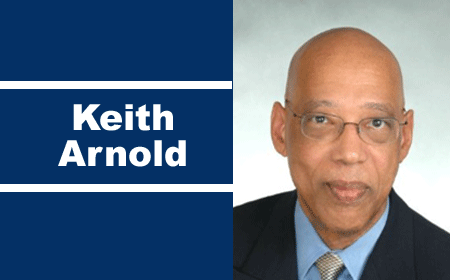 BELIZE CITY, Thurs. Aug. 3, 2017–Keith Arnold, 72, who has served Belize in several high-profile managerial capacities over the course of his career, including Financial Secretary; Governor of the Central Bank of Belize; Chairman of Belize Telemedia Limited (BTL); and Director of the Financial Intelligence Unit (FIU), passed away in Belize on Saturday.

After he left the Financial Intelligence Unit (FIU), where he oversaw some important legislation to combat financial crimes, Arnold relocated to the United States and set up a business in Florida.

Information to Amandala is that Arnold was involved in a traffic accident that left him injured, and he decided to return home this past Saturday.

Arnold did not spend even a day in Belize before he passed away in Burrell Boom on Saturday. The cause of his death remains unknown at this time.

After the government acquired BTL, Arnold opposed the acquisition as a member of the BTL Employees Trust that was managed by the Hayward Charitable Trust Belize Fund. He was involved in several court cases brought against the government because of his opposition to the acquisition of the national telecommunications company.

Up to the time of his death, Arnold was listed as a financial services professional with the MassMutual Financial Group in Fort Lauderdale, Florida.