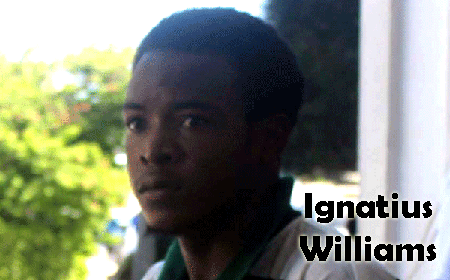 BELIZE CITY, Mon. Nov. 2, 2015–A resident of Lavender Street, located in the Lake Independence area, was remanded to the Belize Central Prison today after he was arraigned on charges of attempted murder, use of deadly means of harm and grievous harm.

The charges are in connection with a stabbing incident that occurred on Friday, October 23, 2015, that has left one man hospitalized in a critical but stable condition.

Ignatius Williams, 21, a resident and laborer of 4047 Lavender Street, did not have to enter a plea when Senior Magistrate Sharon Frazer arraigned him on the three charges, because his case will be heard on indictment at the Supreme Court after a preliminary inquiry is held at the lower court to determine if there is enough evidence against him.

Williams allegedly stabbed Jerome Locke, 22, in the upper right side of the chest with a dagger, sending him to the Karl Heusner Memorial Hospital, where he is still recovering and receiving treatment for his near-fatal injury.

Williams was denied bail and remanded to prison until his next court date on December 16, 2015.

Locke’s mother, Melita Flores, 40, said that he has showed positive signs of recovery, because initially, when he was admitted to the hospital, he had the dagger still in his chest, and was in such a critical condition that he had to be placed on a ventilator, but since then he has been removed and is now breathing on his own.

Flores said that her son and the accused, Williams, had a previous misunderstanding about 7 months ago.

Williams is no stranger to the court and has another attempted murder charge, and an abetment to murder charge pending, for which he was released on bail, prior to his latest brush with the law.