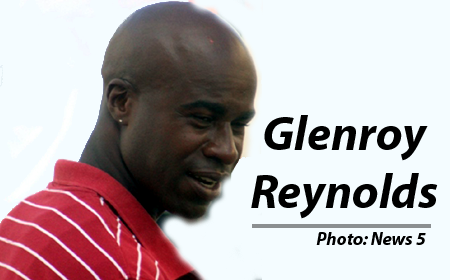 BELIZE CITY, Wed. Jan. 27, 2016–A Belize City man who was facing a charge of burglary pleaded guilty to handling stolen goods and had the burglary charge against him withdrawn when he appeared this morning with his attorney before Chief Magistrate Ann Marie Smith for trial.

The Belize City Traffic Department was burglarized in March last year and a number of license stickers were stolen. A video surveillance camera showed a security guard entering the building and after investigating the incident, police charged Glenroy Reynolds with one count of burglary.

Today in court, however, Reynolds and his attorney, Christelle Wilson, accepted responsibility for a lesser charge of handling stolen goods, and the court prosecutor withdrew the burglary charge against Reynolds, who maintained that he did not burglarize the Traffic Department office.

Following a mitigation plea from Wilson, who pointed out to the court that Reynolds was a first-time offender, Reynolds was spared prison time and was fined $1,000, which he has to pay by August 31; if he defaults, he will have to spend six months in prison.

Following the brief appearance in court, Wilson explained that her client was additionally charged with handling stolen goods several months after he was charged with burglary.

Wilson said that she and her client wanted to avoid a lengthy trial, and so he entered a guilty plea, of handling stolen goods.

“He didn’t necessarily know that the goods that he came in contact with were stolen items,” Wilson said, adding that, “It’s stickers from the Belize Traffic Department that are valued at $325.”

“As soon as he found out that the items were reported stolen, he returned them,” Wilson said.

Wilson explained that the penalty for handling stolen goods is a term not exceeding twelve months and a fine not exceeding $3,000.

Wilson said the judge was very kind in accepting Reynolds’ guilty plea, because this was his first time in court and, “this was not his character.”

“He took something that he shouldn’t have, but as soon as he found out, he brought them back and apologized, so we are very grateful for the sentence,” Wilson said.

Wilson also explained that the surveillance camera footage was only shown to them in disclosure last month, “and it was still not clear who was on that footage.”