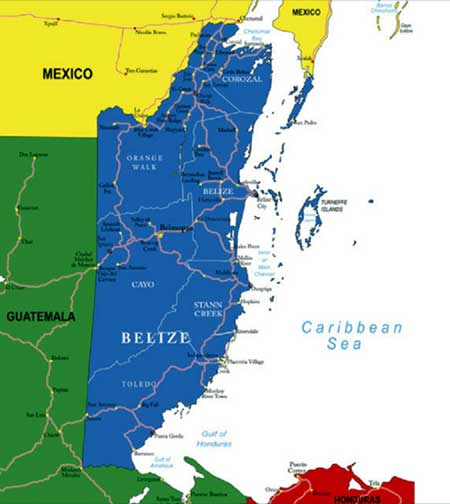 Throughout the ages of their greater conscious awakening, righteous human beings have realized that, despite their efforts, they have failed in achieving that excellence of behavior that continues to be elusive. But throughout the Christian Era, some women and men have seemed to hold on to the edge of the rainbow.

Being on the opposite side of the table in the ICJ argument, confronted by Belize’s most brilliant legal mind, with proven highest integrity, is not an enviable place to be. Maybe it is stupid not to feel intimidated. Perhaps this is because common sense reigns supreme in argumentation when one claims that it is abnormal to put oneself in the situation where you go to court to argue that you own, something that you have obviously occupied and possessed since time immemorial, like over four hundred years.

And why does no one question the validity of Americans to assert ownership of America, having been in possession after the Baymen, who, by their actions, claimed squatters’ rights to inhabit the mosquito infested swamps of the Bay?

Spain made claims, knocking down every treaty supporting British possession, but never pushed their assertions to a field of battle, except in 1798. But they abandoned the field of battle.

England, on the other hand, took value out, but was too involved in building empire by promoting colonialization in much bigger pastures of enrichment in India, Africa, etc. It is significant that Belize had to beg Britain to make us a colony and part of the great British Empire in 1862.

It is the greatest pity that when the treaty of 1859 was signed, Britain did not make it abundantly dear that the promise of helping to build a road was purely a gesture of good will, which contained no legal, binding, compensatory obligation.

But, finally, I would like to state that, whether YES or NO wins this argument at the end of the day, my voice will be joined with the rest to continue this adventure of nationhood that every people has a right to.

Belize is the smallest, greatest, maybe, melting pot in the world. The largest, greatest nation of diversity is today experiencing the monumental, daunting task of becoming truly E PLURIBUS UNUM.

Some American politicians think that hating racists and Catholics, and unborn babies, is the answer – the miraculous antidote to man’s pride and egoism.

My proposal is that we become “One out of Many” through the secret of unconditional love.  This means that you love every manner of person, without regard to color, race or creed, or language whatsoever.

Facebook
Twitter
Pinterest
WhatsApp
Print
Previous article“Belizeans don’t have a work ethic; they have a ‘recreation ethic.’”
Next articleWilliam “Danny” Mason beheading murder trial adjourned until he gets new attorney