Memorable goals – when Negro scorched Bom, and Francis to Francis 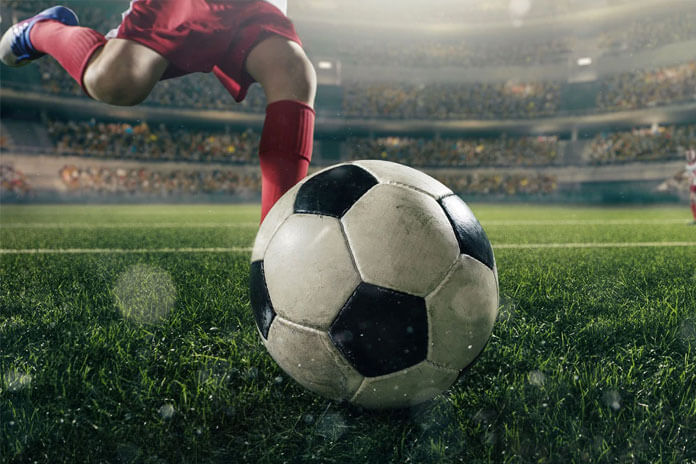 BELIZE CITY, Mon. May 11, 2020– Thanks to Lewis “Buck” Belisle, Jr., who we cousins call Lee Buck, we finally got the legal first name of renowned football striker of the 1970s, “Negro” Hall. Younger generations will be more familiar with his younger relative, Estevan “Negro” Hall who became famous in the 1990s with first semipro champions La Victoria.

The original Negro (Hubert) Hall was a relatively tall, dark brown skinned “Indio” from the north; thus, I suspect, the nickname “Negro.” He came to the city as a part of different teams from the north during the late 70s and early 80s; but one goal he scored has stuck in my memory. It was at the Ricalde Stadium in Corozal where Coke Milpros travelled to face Corozal’s Afghani in the 1986 National Competition regular season. We still had the outstanding Wayne “Bom” Jones in goal (he would leave to join Verdes at season’s end). Milpros had already lost boss midfielder Evan “Chubby” Jones and sensational young striker Benjamin “Don’t” Mejia, who had travelled to the U.S. immediately following our undefeated 1985-86 city championship. The game in Corozal turned into a slug fest, with Coke Milpros prevailing, 5-4, after trailing 2-1 at the half.

Thanks to our Milpros files, it was April 20, 1986; and Belikin’s Steve Guild, recruited for the Nationals, had given Coke Milpros an early 1-nil lead at the 2nd minute. Coke Milpros was experimenting with its line-up, and had former sweeper Kenneth “Cap” Hoare playing forward, while recruit Earl “7-Ton” Jones joined Carlton Rushford, Winston “Mob” Humes and Leroy “Plantain” Terry in defence. In the forward were Arthur “Goatman” Leslie, Kenneth “Cap” Hoare and Steve Guild, who would be replaced at the 76th minute by Maurice “Magic” Francis. Midfielders were Colin “Byman” Francis, Wayne “Minnie Man” Reynolds and Wilhelm “Short Boy” Miguel; Jorge Espat replaced Wilhelm in midfield at the 63rd minute. The other Coke Milpros change was Ronald “Ronny” Greaves substituting for “Plantain” Terry at the 59th minute.

Negro Hall’s rocket
It was an evenly matched game, when lightning struck “out of the blue.” Afghani had control of the ball, and Negro received a pass inside the Coke Milpros half of the field on the left side. Bom was between the sticks, and it must have been from about 40 yards out, when Negro suddenly unleashed a left footed rocket that completely overwhelmed the great Bom, as it tore into the top left corner of the net at the 23rd minute to tie things up, 1-1. We were all in shock and amazement, that anyone would dare shoot from that distance at Bom, and that the shot was so hard, and accurate, and from such a slim looking fellow. It was then that I knew that this “Negro” Hall I had heard about was for real.

Francis to Francis
Our records don’t have the other goal scorers for Afghani in that game; but we recorded all the goals for Coke Milpros. Afghani took the 2-1 lead at the 39th minute. Byman struck twice early in second half (50’ & 53’) to push Coke Milpros in front, 3-2. Afghani knotted things up, 3-3 at the 55th minute. At the 82nd minute, Goatman gave Coke Milpros the 4-3 lead. Again, Afghani scored at the 86th minute to make it 4-4. The game winner for Coke Milpros came 3 minutes later at the 89th minute, when a corner by Magic Francis was slapped in by elder brother Byman Francis – Francis to Francis – for the 5-4 final score.

Despite being on the losing end, Corozal fans enjoyed an exciting game with 9 goals scored; and I am not sure that Negro didn’t have a hand in some other of their goals.

Other memorable strikes
Interestingly, some other memorable, spectacular strikes were made against renowned and no doubt Hall of Fame caliber goalkeepers. In fact, the said Wayne “Bom” Jones (deceased) was in goal for Verdes against his old team Coke Milpros in the 1987 National finals in Belmopan, when Turo Leslie unleashed a cannot from about 30 yards out that almost tore open the net.

Then, who can forget the Maurice Jones volley from a “Chana” Kisling cross-field lob at the MCC, which Reesho blasted from near 40 yards out past a bewildered Nick Dujon in goal for Chito’s (or Rentals?).

I also recall seeing the great Orin Orio in goal for Belikin at the MCC in a friendly against a visiting Sugar Boys team in the early 80s, when a tall, skinny kid from Sugar Boys had the audacity to fire a left foot missile from over 30 yards out that totally surprised Orin, as it tightened up in the corner, giving Sugar Boys an early 1-nil lead. I think Belikin rebounded in that game; but from then fans took notice of the youngster, who a few years later became known in town as Maurice “Magic” Francis, the 1987 MVP in the Coke Milpros national championship.

Much earlier, as a kid in the mid-1960s, a moment in time is burned in my memory, as Landivar’s great goalkeeper, Charlie Gardiner, in the northern goal, was the victim of a left foot blast from 25 yards out by one Gilbert “Chico” Ellis, playing for the Missiles (BEC). Chico was not on the run, and after he controlled the ball, looked to pass, then suddenly decided to launch a shot. The ball was kicked so hard with top-spin that it started high and dived down under the crossbar, as Charlie tried in vain to stop it.