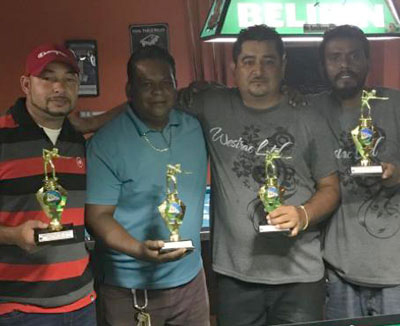 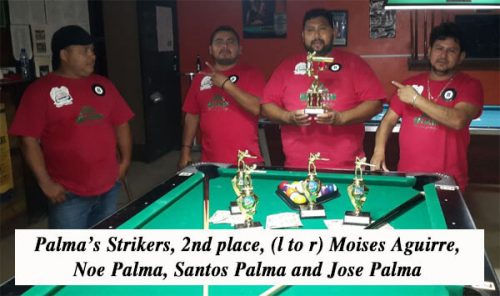 The tournament started with 7 teams; and then it was down to the semi-finals with the top 4 seeded; and then the finals with the two top teams, namely Pure Guard and Palma’s Strikers. In the first match of the best-of-two series, Pure Guard defeated Palma’s Strikers, 2-1; but in the second match, Palma’s Strikers tied it up, 2-1. Therefore, there was the tie-breaker; but Pure Guard was too much for Palma’s, as Victor Orellana defeated Santos Palma, and Wayne Wiltshire dropped Moises Aguirre. Palma’s had to settle for second place; Pirates, 3rd place; and Twin Stars was 4th. Other participating teams were: Las Flores, Cotton Tree, and Sure Shot.